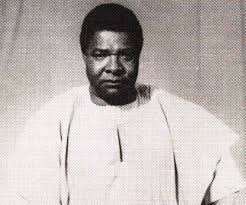 Bernard Nsokika FONLON hailed from Kumbo-Nso in the North West region of Cameroon and lived between 1924 and 1986. Call him “Socrates of Cameroon,” “A Genuine Intellectual,” “A Philosopher-Thinker” or whatever, he was simply a great mind, and, in fact, one of the most erudite Cameroon has ever known. When he was unexpectedly expelled from the Bigard Major Seminary in Enugu Nigeria, it put paid to his ambition to become a Priest in the Roman Catholic Church. The expulsion message in the seminary read in part: “His brains would be more useful to the wider world than in the confines of the Priestly vocation.” Evidently, Fonlon was meant for a wider world later becoming a government Minister. He died poor in material terms but rich in spiritual terms.
At the 1961 Foumban Conference, seeing the language obstacles in the discussions, Fonlon opted to be translator/interpreter. He it is who translated the Federal Constitution and National Anthem from French to English. This earned him the sobriquet of “The Father of Bilingualism,” a quality of his that got President Ahmadou Ahidjo so mesmerized that he appointed Fonlon to ministerial functions, namely Minister in-charge of missions at the Presidency of the Republic, Deputy Minister of Foreign Affairs, Minister of Transport, Minister of Mines, Posts and Telecommunications and Minister of Health and Social Welfare. The automatic telephone network system, the International satellite Station at Zamengue, Cameroon Telecommunications (CAMTEL), the present-day Posts and Telecommunications edifice in Yaoundé, the project that led to the creation of Cameroon Airlines, are among his telling legacies in the various ministries he headed at different times.
Even after serving as a government minister, Fonlon remained an intellectual to the core. He returned to the university in 1971 as a university Professor. He considered teaching his first responsibility, saying he had a mission to transform the Youth to become much more informed and responsible as future leaders. He was editor of the Cultural Review, ABBIA that featured his scholarly articles including “The Idea of Cultural Integration,” “To Every African Freshman,” “The End and the Purpose of University Education,” “A Case for Early Bilingualism,” and “Res Una Publica.”