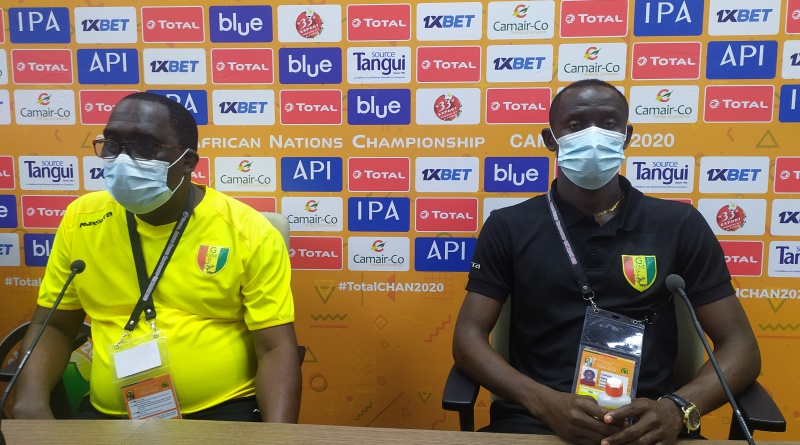 The tension is visibly in the faces of the head coaches of Zambia, Tanzania, Guinea and Namibia as they faced the local and international press to reveal their game plans ahead of the the day-2 clashes at the ongoing 2020 CHAN in Cameroon. Mohamed Konfary Bangoura coach of the Guinean team alongside Captain Naby Camara were the first to answer to the call of the press men and women. Infact it was a very relaxed football tactician who made way into the Conference Room of the Limbe Omnisports Stadium.

Responding to how prepared he is ahead of the game with Zambia, Mohamed Konfary Bangoura said the clash will produced fireworks in the Group, reason why they have gone back to the drawing board to work on tact, cohesion, possession and physical abilities of all the players.

“You know Guinea keeps a long football history with Zambia, we defeated and eliminated them at the  2016 CHAN in Rwanda and tomorrow may just be another day for revenge”, Coach Mohamed Konfary Bangoura.

On his part, the Captain Naby Camara expressed his gratitude and readiness  ” I thank the coach and his technical staff for the confidence bestowed on me. I am replacing Jean Mouste who is not well and I have participated in the qualification phases for the CHAN, soo i know just what the players want. We respect Zambia but we are ready for the match”

On his heels was his opponent, the Zambia Head Coach, Milutin Sredojevic and his Captian Adrain Chama.

“Guinea has a very good coach and i respect his job, secondly Guinean football is in a rise and we watched them play, thirdly Guinea is the only team team with a huge fan base, that is the 12th player and that is the beauty of the game. For me, my team is working on the character measurement value  and there is no perfect point of danger , every team is vulnerable. We are ready for the match , that is all what I can say”, Coach Milutin Sredojevic of Zambia 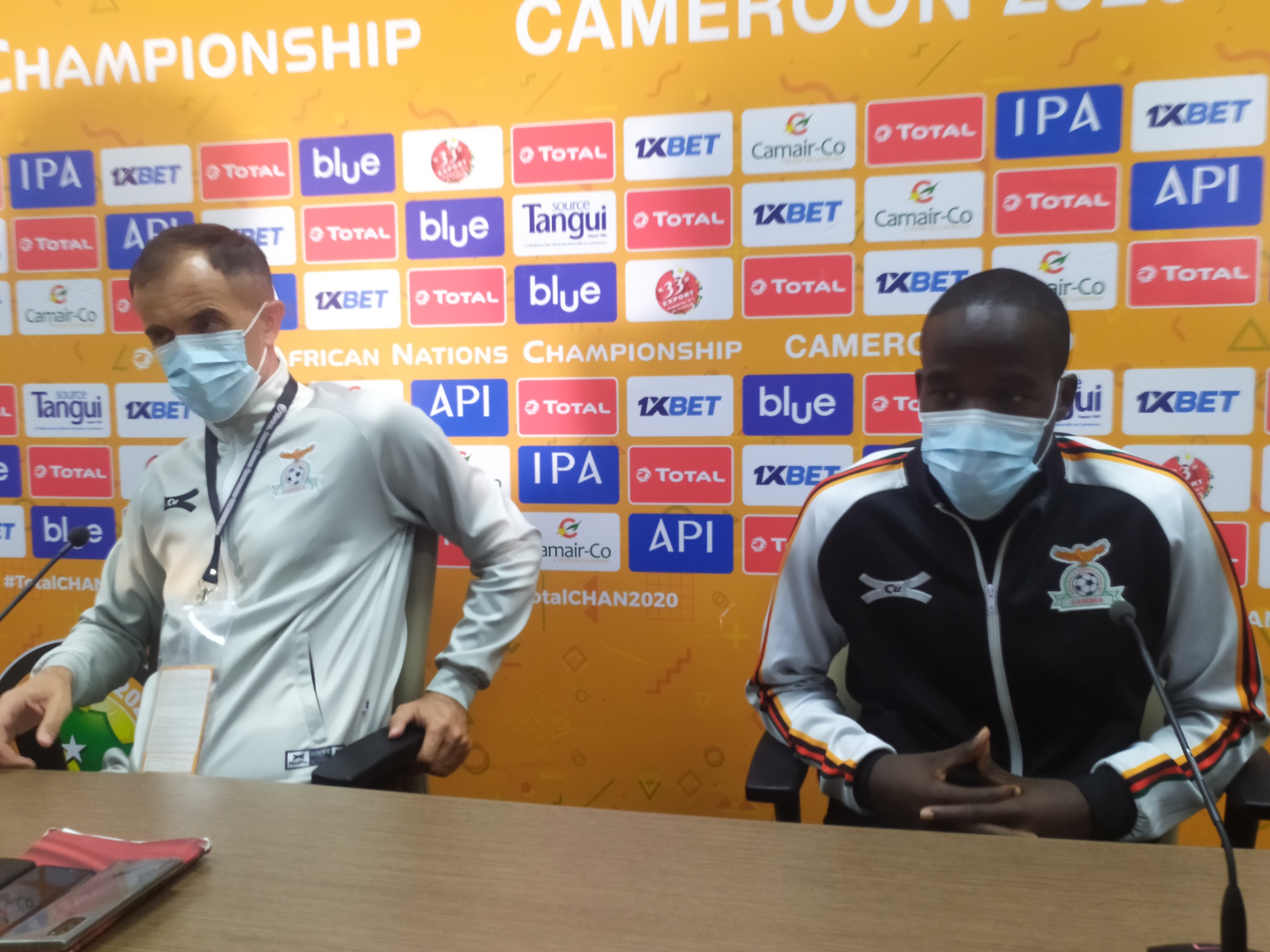 Captain Adrain Chama ” The match against Guinea will be very entertaining, infact a decisive one and will give a direction in Group D, on who stays at the top. We are sure to win and top our competition. All i can add is that we are ready for good game tomorrow, Saturday”.

The Coach of Namibia, Bobby Samaria was rather categorical that their 3-0 defeat by the Syli Nationale of Guinea taught them practical lessons, lessons they have put to use ahead of the clash with Tanzania.

“We are ready for the match this Saturday,  I have been having sleepless nights because football is game and we play to win or not. We have learnt lessons from the previous game against Guinea and we will play well obviously. My team, Namibia is well prepared ahead of the very important game with our neighbours, Tanzania” , Coach Bobby Samaria of Namibia

The Namibian footballer adds “We are ready for the match this Saturday,  I have been having sleepless nights because football is game and we play to win or not. We have learnt lessons from the previous game against Guinea and we will play well obviously. My team, Namibia is well prepared ahead of the very important game with our neighbours, Tanzania”.

The coach was accompanied by Dynamo Federicks,  captain of the squad to pick on Tanzania in their day-2 outing at the CHAN.

The last country to take centre stage was Tanzania, unfortunately one of the two teams at the bottom of Group D with no point after conceding two goals from neighbouring Zambia.

Tanzania will clash with Namibia, one of the teams yet to record a win in the competition. To their coach,  Etienne Ndayiragije, football is a game to either win, loss or draw.

“We played a good game against Zambia and we lost but that is the past. We are focused ahead of the game with Namibia and we hope to correct the mistakes. My boys have been training and we are ready for a good match”, Head Coach of Tanzania , Etienne Ndayiragije

His Captain, John Raphael Bocco ” We lost our first game, we will play our second game like it is a final. We respect our opponent very much. Back in camp there is calm, we lifted our spirits and morals and we hope to win our game tomorrow and stay in the competition”.

Two leaders of Group D, Zambia and Guinea will open day-2 clashes at the Limbe Omnisports Stadium will Namibia will pick on Tanzania in a very decisive game