Group D comprised of Tanzania, Zambia, Namibia and Guinea has concluded day-2 clashes at the level of group games. Guinea is at the top because of her goal advantage after scoring in every match. 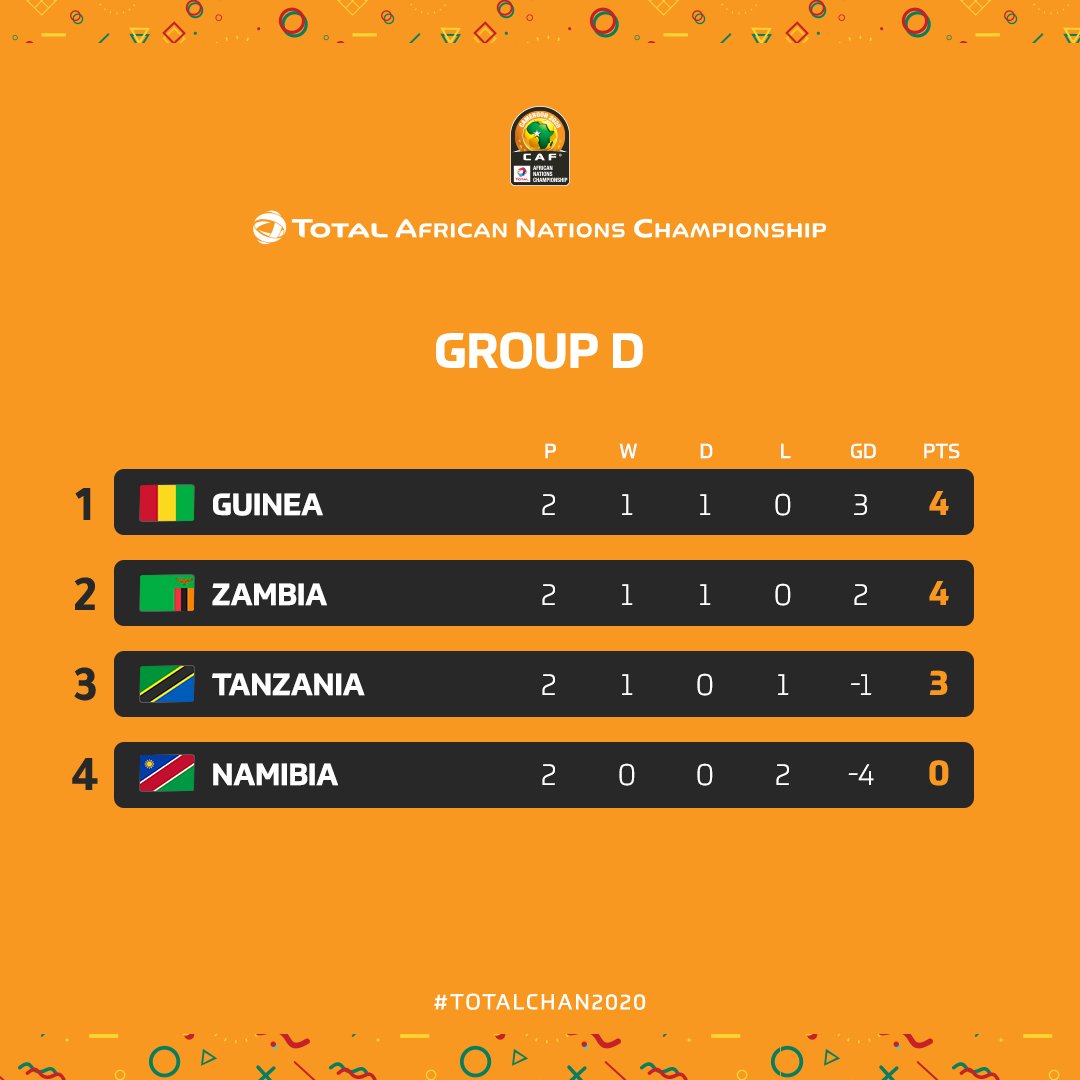 The boys of Mohamed Kanfory Bangoura enjoy temporal leadership after rounding up second day game with Zambia that ended in a 1-1 tie break.

As at now, the Syli Nationale of Guinea counts four points and four goals, Zambia is second with four points and three goals after winning their first game against Tanzania and playing a 1-1 draw with Guinea. The Brave Warriors of Namibia are seemingly not brave as it sounds. The boys of Bobby Samaria have not yet had a point nor a goal in their two clashes with Guinea and Tanzania.

Namibia conceded three goals from Guinea and suffered a 1-0 win in the hands of the Tiafra Stars of Tanzania.