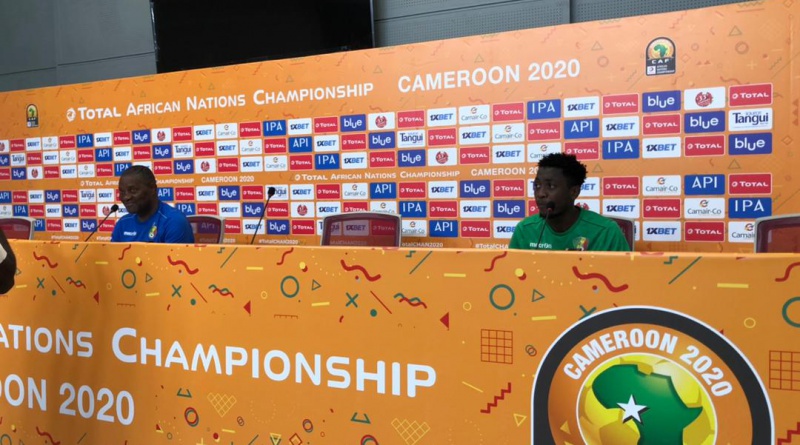 Cameroon plays a very decisive match this evening against the Stallions of Burkina Faso.

Cameroon needs one point to pick up their qualification ticket for the second round of the cmpetition. So far they have won one and drew another match, leaving them with 4 points.

During the pre- match press conference, the trainer Ndtoungou Mpile Martin disclosed that they will apply both tye individual and collective play styles to win the match that kicks of at 8:00pm local time.

After two absences recorded the team captain Jacques Zoua is reported to have a muscular promblem. Coach Ndtoungou Mpile said he is ondergoing treatment. Once he is fine he join the others in the game.

The player dispelled social media claims that that he has been sanctioned for in sorbodination. ” What counts is what happens on the field of play and not on social media. We are confident in our coach. The most important point is to win the match against Burkina Faso ” said Zoua.

The Stallions of Burkina Faso who had their first victory during the lsst match has been discribed as a team having “new found confidence” after beating the Warriors of Zimbabwe 3-1.

Issaka Ouedraogo caoch for the Burkinabé team said he aims to continue in securing more victories.
Since the start of the competition they have lost one game, and won another. They need a win over Cameroon to sail through to the second roumd.

Meantime another group “A” match between Mali and Zimbabwe will be played at the Bepanda Stadium simultaneously to determine winners into the sencond phase of the competition.