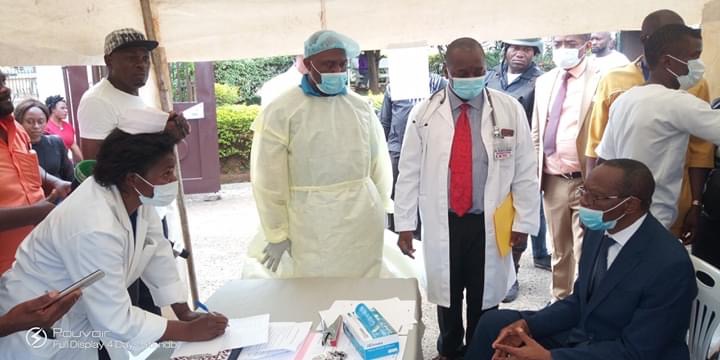 Public health officials in Cameroon say a second wave of #COVID19 infections has not yet been confirmed, although infections keep soaring.

In a recent tweet, the country’s Public Health Minister, Dr. Manaouda Malachie reports that 1607 new cases were recorded, alongside 7 deaths in just one week. Dr. Joseph Fokam, a Virologist says regardless of the recent surge in infections, it so not yet a second wave of infections .

“ We don’t yet have any confirmation of a second wave. Nonetheless, we are seeing an increasing epidemiological trend during this period, in terms of newly confirmed cases, severe/critical cases, and case fatality rate”

The Public Health Minister says the rising spade of infections is a call for the strict respect of preventive measures, especially wearing masks.

Curiously, many a Cameroonian no longer wear masks for various reasons.  Some do not even believe in the existence of the disease, and others think the pandemic has been eradicated. Another group of people hold that COVID-19 is far more dangerous for other races, except the black race.

Health experts have repeatedly warned that if people continue to disregard preventive measures, it could eventually lead to a second wave of infections. Dr.  Joseph Fokam says “there is fear of a second wave if communities remain non-adherent to barrier measures”.

The health expert also thinks that the disregard for preventive measures may force the government “to go beyond sensitisation, and impose some stringent measures to those non-adherent in the community”

If Cameroon were to witness a second wave of infections, the expert says the rate of transmission will not only be higher, but will the consequences will be far more serious.

“This second wave may be caused by the new variant, which is more transmissible than the original virus. Thus, causing more confirmed cases, which will subsequently lead to a substantial increase in the number of hospital attendance, the number of critical cases and the number of COVID-19 associated deaths”.