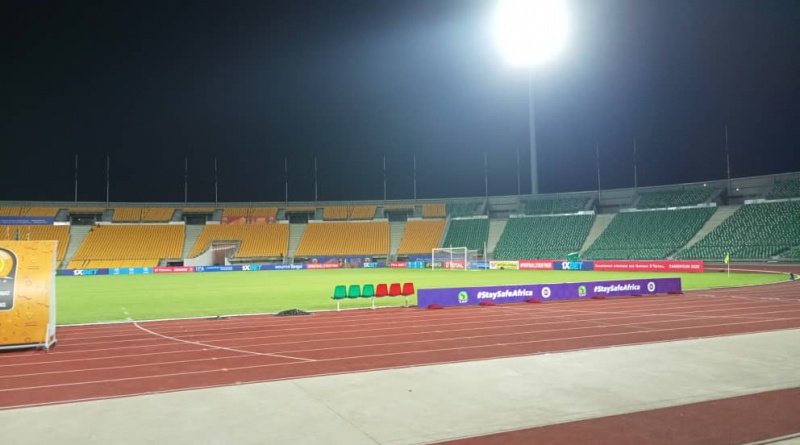 The Bepanda Reunification Stadium in Douala is all set for Group C opener this evening pitting Morocco against Togo.

The newly renovated football arena, one of the oldest sports infrastructure in Cameroon is a veritable pride to football lovers and inhabitants of the Economic Capital city who seem quite excited to throng the ultramodern structure for today’s encounters.

Some former players groomed at the mythical soccer ground have incredible memories of the stadium, and its tremendous transformation.

Amongst them is 75-year-old Francois BEKOMBO, one of the pioneer players of Cameroon’s Indomitable Lions. The septuagenarian lives in BEKOMBO, in Akwa Douala.

Francois was part of the Lions squad that played the inaugural match following the construction of the Bepanda Reunification Stadium on January 24 1972 against Botafogo of Brazil.

With nostalgia, the one time right back recalls the tragic incident that occurred during that game, “during that inaugural match, I sustained an injury, and this caused me to miss the 1972 AFCON”. He added that the new look football arena, renovated in view of the 2020 African Nations Championship is timely in nurturing budding talents.

The aging footballers who are proud to see their childhood playground modernized hope the ultramodern structure is properly maintained after the competition so as to groom other football greats.

Reigning champions Morocco, and Togo thus have the privilege to inaugurate the New Look Reunification Stadium when they clash this January 18.