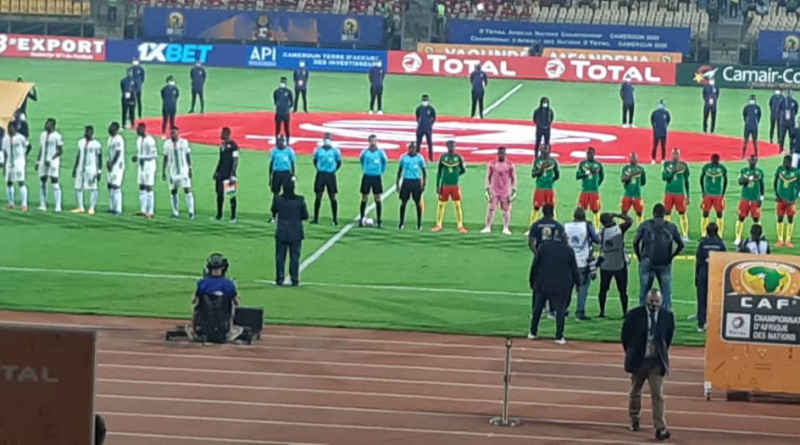 The Intermediate Lions of Cameroon now occupy second position in group A of the ongoing Total CHAN 2020 in Cameroon. At the close of the 3rd playing day in group A, the lions drew a goalless tie with the Stallions of Burkina Faso in Yaounde. Both teams missed several scoring opportunities.

Though supporters expected a win from the Lions, the draw with Burkina Faso which recorded its first victory last match confirmed “the new found confidence” of the Stallions. Their upward performance was visible to all.

The Goal keeper of the Cameroonian side, Haschou Haschou confirmed that their opponent was a great team. He expressed satisfaction with his ability to was to stop all attempts from the opponents to score goals.

Cameroon therefore moves to the quarter final phase and will play in Douala Japoma stadium.

The results of day three matches in Pool A classifies the Lions on the second position with 5 points after Mali with 7 points. Burkina Faso comes third with 4 points though eliminated. Zimbabwe tails the group with 0 point.