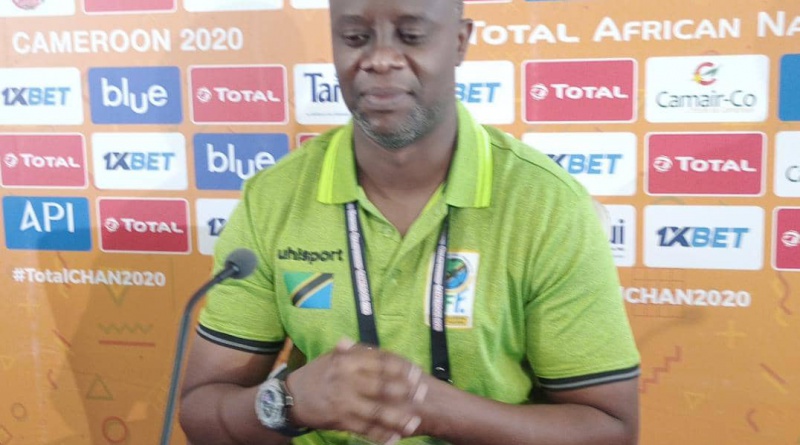 Étienne Ndayiragye Head Coach of Tanzania is upbeat for a second round qualification ticket.

In a pre – match Press conference at the Bepanda Reunification stadium, the Head Coach of the Tanzanian side says his team is ready to face group D favourites, the Syli Nationals of Guinea.

Étienne Ndayiragye adds that with a win over Namibia during their last game, they are ready to face Guinea in what he terms a must win match for them to get to the quarter finals. With a lot of respect for his opponent, the Tanzanian Head coach says they know exactly what to do.

Earlier on Lappé Bangoura, Head Coach of Guinea in a pre – match press conference appreciated the smooth organization of the tournament as well as the quality of infrastructures made possible by the Cameroon Government.

Talking about playing in Douala and not Limbe, the Guinean tactician says it is not going to be a problem for his team as they believe that the facilities at the Bepanda Reunification stadium is superior to that of Limbe. He adds that he is not surprised for the infrastructure is at the dimension of the host country which is a football giant in Africa.