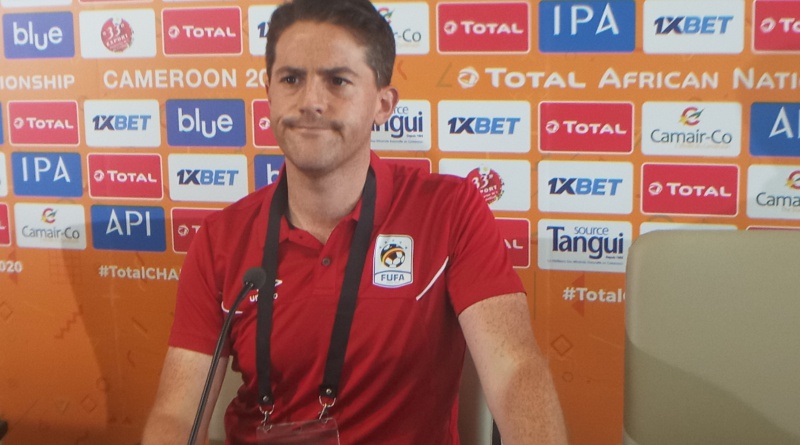 The second day of play has ended in all four groups of the African Nations Championship in four playing grounds in Cameroon; Yaounde – Mfandena, Douala – Japoma, Douala – Reunification Stadium and Buea.

In group C playing at the Reunification stadium in Douala, none of the four teams have yet qualified for the knockout stage after playing two matches each. In the build up to the third and last playing day in the group stage, each of the four coaches are fine turning must win strategies that will propel their teams to the next level.

The coaches who have so far given a hard nut to crack to each other during the first two group C games are:

– Jean-Paul ABALO, Coach of the Sparrowhawks of Togo Born on October 24, 1969 in Khemisset, Morocco; LHoussaine Ammouta is coach of the Moroccan football team taking part in the ongoing African Nations Championship in Cameroon.

The 51 years old former player began his coaching career in 2003 with the IZK. He had been player and player-coach of the IZK Khemisset; a club in his native city.He took the team to the second position during the 2007/2008 season.

Ammouta also coached Wydad Athletic Football Club from 2017-2018. He has been nominated as CAF Coach of the Year.

Jean-Paul ABALO, Coach of the Sparrowhawks of Togo His team which is participating in the competition for the first time at the CHAN is second in the group with three points after winning a match and losing another. Togo created the record of being the first team to score two goals in a single match in group C.

Before being coach, Jean-Paul Abalo Yaovi Dosseh, was a Togolese international footballer who played as a defender for most of his professional career at Amiens SC. He played between the mid-1990s up to the end of the 2000s. He was a finalist for the Coupe de France in 2001 with Amiens SC. In August 2018, Vincent Mashami was appointed manager of the Rwandan national team. He has previously coached the national team at youth level. He was also coach of Rwanda club side APR.

The Rwandan-born trainer foresees a bright future for the Amavubi in the African Nations Championship, CHAN 2021. He team played a 0-0 draw on the first day against Uganda but suffered a defeat from Togo on day two.

The boys of Vincent Mashami responded swiftly after Togo had opened score equalising the goal in less then six minutes however they conceded a second goal and didn’t bounce back.

He is definitely working on a must win strategy that will propel his team to four points hoping Morocco will beat Uganda. The Northern Irish football manager and the current head coach of the Uganda national football team, Johnathan McKinstry (was born on July 16, 1985.

At 27 years old, McKinstry was the youngest international manager in the world. He managed the Rwanda national team, the Sierra Leone national team, Kauno Žalgiris in the A Lyga and Saif SC of the Bangladesh Football Premier League.

He is also the first person from Northern Ireland to manage three international football teams.

He began his career with elite youth development in Newcastle United, New York Red Bulls, the Right to Dream Academy and the Craig Bellamy Foundation before moving to senior professional football in 2013 McKinstry when he was appointed manager of the Sierra Leone national football team.

He coached the Rwanda national football team to the Quarter Finals of the 2016 African Nations Championship.