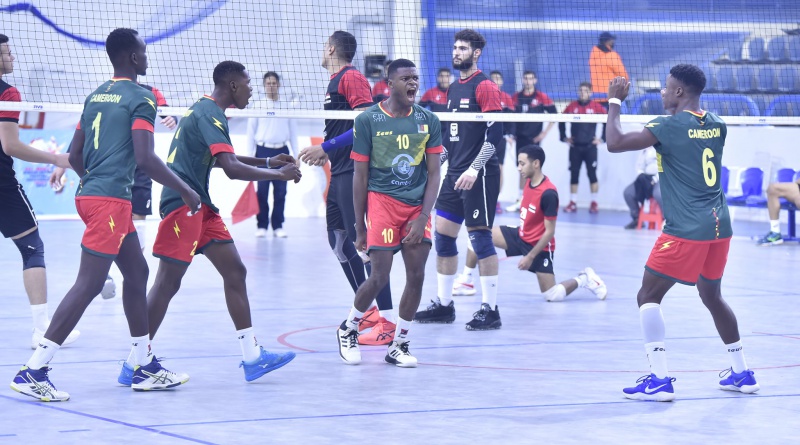 Egypt has overpowered Cameroon three sets to one in four technical sets (3-1) to register their second straight win in the four nation of the 2020 Men’s Under 21 African Nation’s Volleyball Championship in Cairo. Host, Egypt dominated the majority of the proceedings and are one step away from glory. The will face Congo in their last and decisive match and a win will mean a trophy for Egypt. In the fourth technical set, Egypt stole the show and recorded 8 points to 6 in the first technical timeout of the set.

The second timeout, the Egyptians still took the lead with 16-11 win taking the total to 25-17 points in their favour.

Reacting after the game Cameroonian Coach Betsem Aliroux said ” I congratulate the Egyptian team on the win, the game today was different than Morocco’s , we came here to win, but in the end Egypt were a stronger side”.

He adds, “The competition is still going on, we have not given up despite our loss today, and the title is not decided yet”.

Just to note that in the first match of the day, Morocco thrashed Congo 3-1 to record their first win after registering a 3-1 spanking in the hands of Cameroon.

Just to note, Cameroon will pick on Congo in their third game.

The four nation tournament was initially supposed to be six countries but Uganda and Tunisia pulled out of the competition.