The Captain of the Indomitable Lions, Eric Maxim Choupo-Moting and Fulham’s midfielder Franck Zambo Anguissa will not be part of the squad leaving Cameroon this Wednesday, March 24 for Praia in Cape Verde ahead of the day-5 qualifier match on Friday March 26, 2021 at the Cabo Verde National Stadium. Zambo Anguissa who has been in camp with the others in Douala will not travel to Cape Verde considered one of the high risk #COVID19 countries by the British government where he plays with Fulham United.

According to the British #COVID19 protocols if Zambo Anguissa travels to Cape Verde he will be quarantined for the next ten days upon arrival in England. 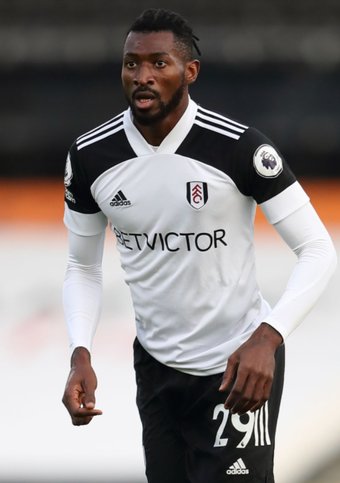 The high profile midfielder and former Marsaille player will stay in Douala while the others travel to Cape Verte. He will take part in day-6 action against Rwanda on March 31, 2021. Choupo-Moting on his part is not in camp though he was selected amongst the 26 players to field in day-5 and 6 games with Cape Verde and Rwanda.

According to two popular sports sites RMC Sports and Goal France, Choupo-Moting did not receive a mail nor his club. The claim the mail from the Cameroon football Federation summoning the Captain for the AFCON qualifiers was sent to a wrong mail. In response the Coordinator of National Selections with the Indomitable Lions Bill Tchato said selections have been harmonized and are executed between the player in question and his club.

To him, a mail requesting the presence of the player for training or a match is forwarded to each player on the list, another to the individual clubs and a message through whatsApp to notify each and everyone of the mail.

The information is then documented and kept as proof in case of any misunderstanding.

FECAFOOT through a statement has categorically refused these allegations of the message summoning Choupo-Moting was sent to a wrong email. To them, the player in question was contacted and a mail sent email address but no feedback.

Meanwhile Fai Collins initially amongst the 37 preselected players replaces Serge Leuko at the last minute and will travel to Praia to confront Cape Verde.