The Indomitable lions of Cameroon, Antonio Conceicao has last minute changes on the list of players to camp ahead of the AFCON qualifier games with Cape Verde and Rwanda on March 26 and 31 respectively. The list now has 26 and 25 as initially programmed. 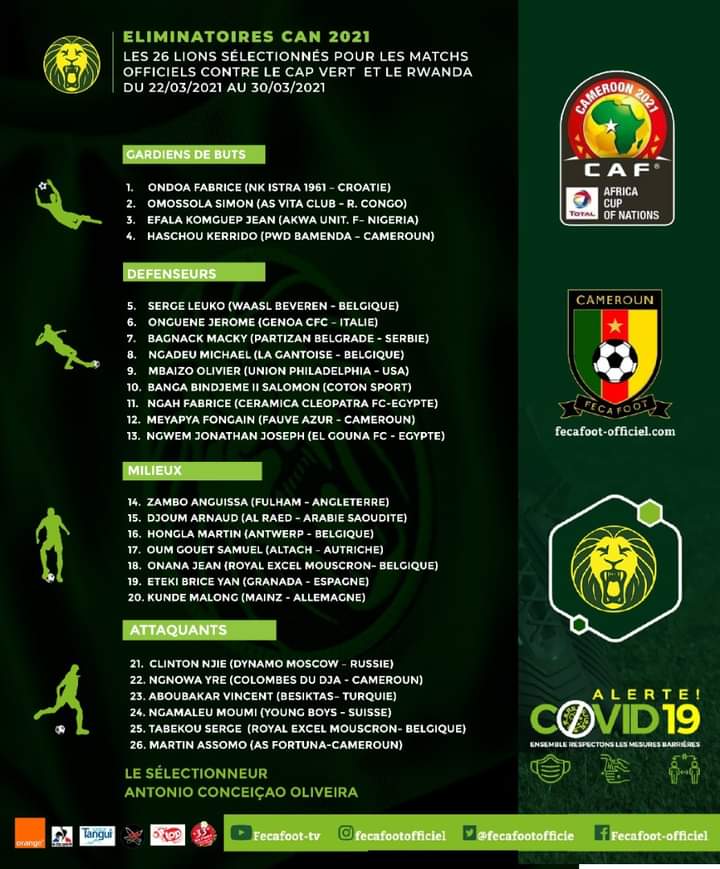 The change as explained by the Portuguese football tacticians has seen players by six others on the list.

The changes are motivated due to the decision of French football authorities not to allow players with French ligue 1 and 2 championships in France travel out of Europe. 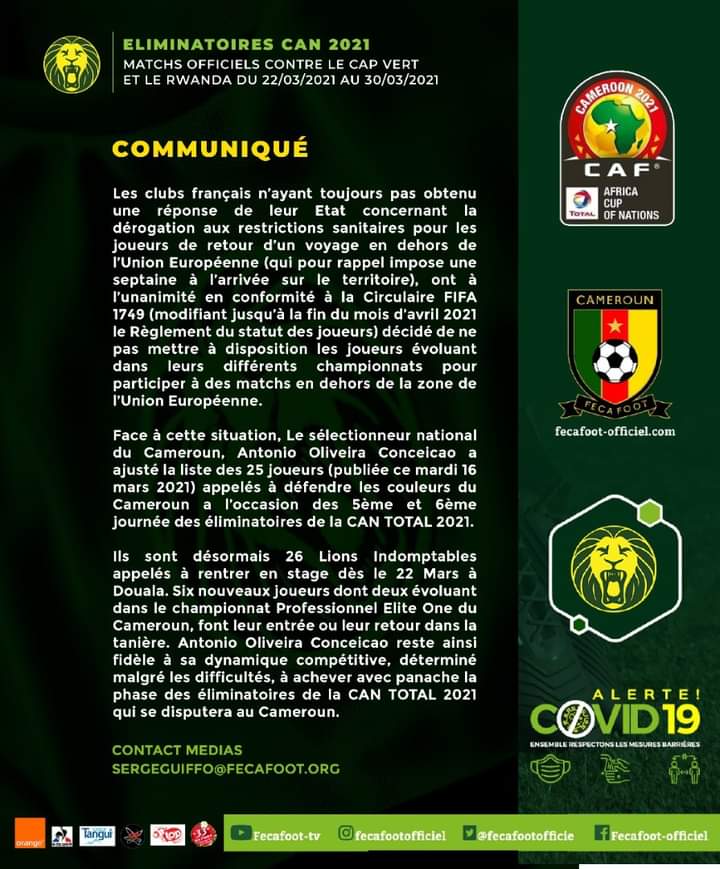 Two local players like Solomon Charles Banga Bidjeme of Coton Sport of Garoua and Man Ykre of the Colombe of Dja and Lobo are amongst the six summoned to replace others. The two made vibes at 2020 CHAN hosted by Cameroon.

Defender Micheal Ngadeu who plays with Gent GAA, Yan Eteki of Grenada, Clinton Njie of Dinamo Moscou and Kunde Malong of Mainz 05 are part of the new call-ups.

They will replace players from France who can not travel for the camp or matches due to the order from competent football authorities in the country.

The boys of Toni Conceicao will throw weights withCape Verde on March 22 in Pria with Rwanda at the Japoma Stadium.