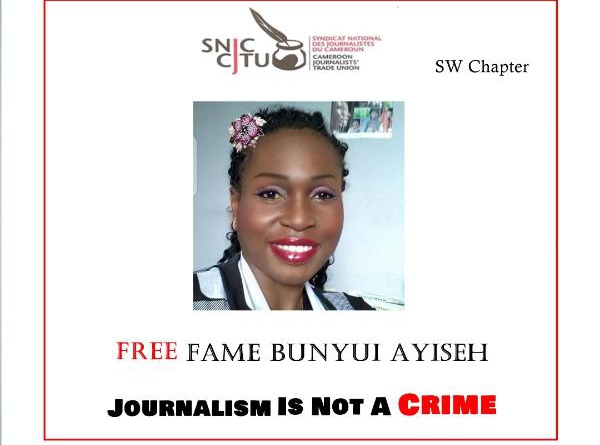 A CRTV Journalist based in Buea, Bunyui Fame Ayiseh who was kidnapped on Saturday, March 13, 2021 has been released.

The mother of three was kidnapped on her way back to her house in the evening by unidentified men.

The kidnappers are said to have demanded a ten million CFAF ransom in exchange for her release.

Solidarity by All and Sundry 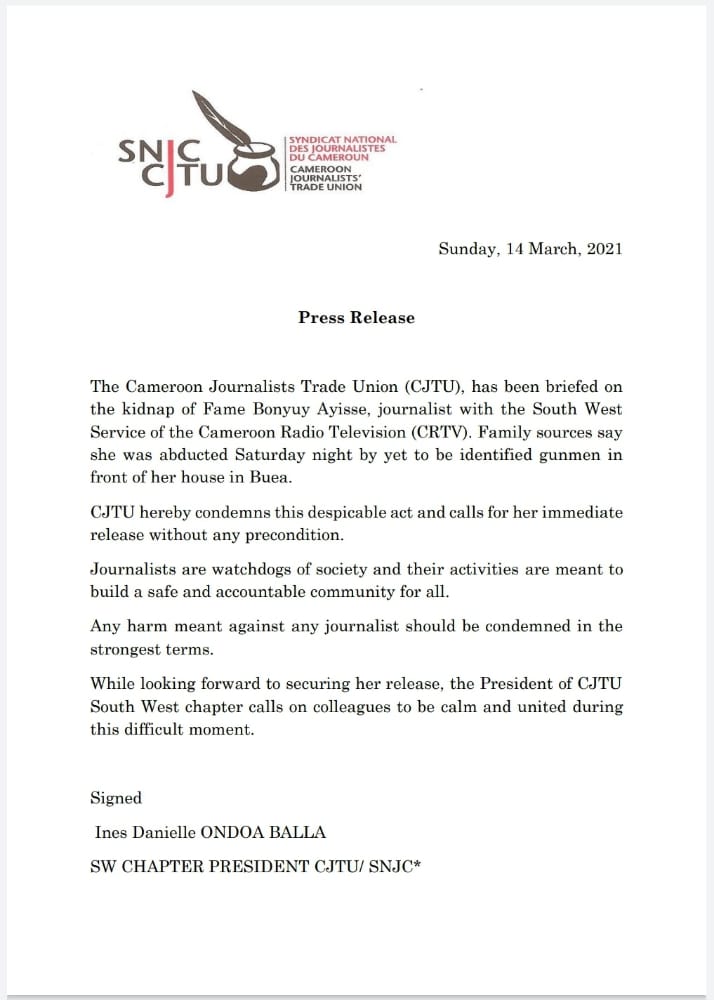 Others took to social media especially Twitter, WhatsApp and Facebook, decrying the act and calling for her release. 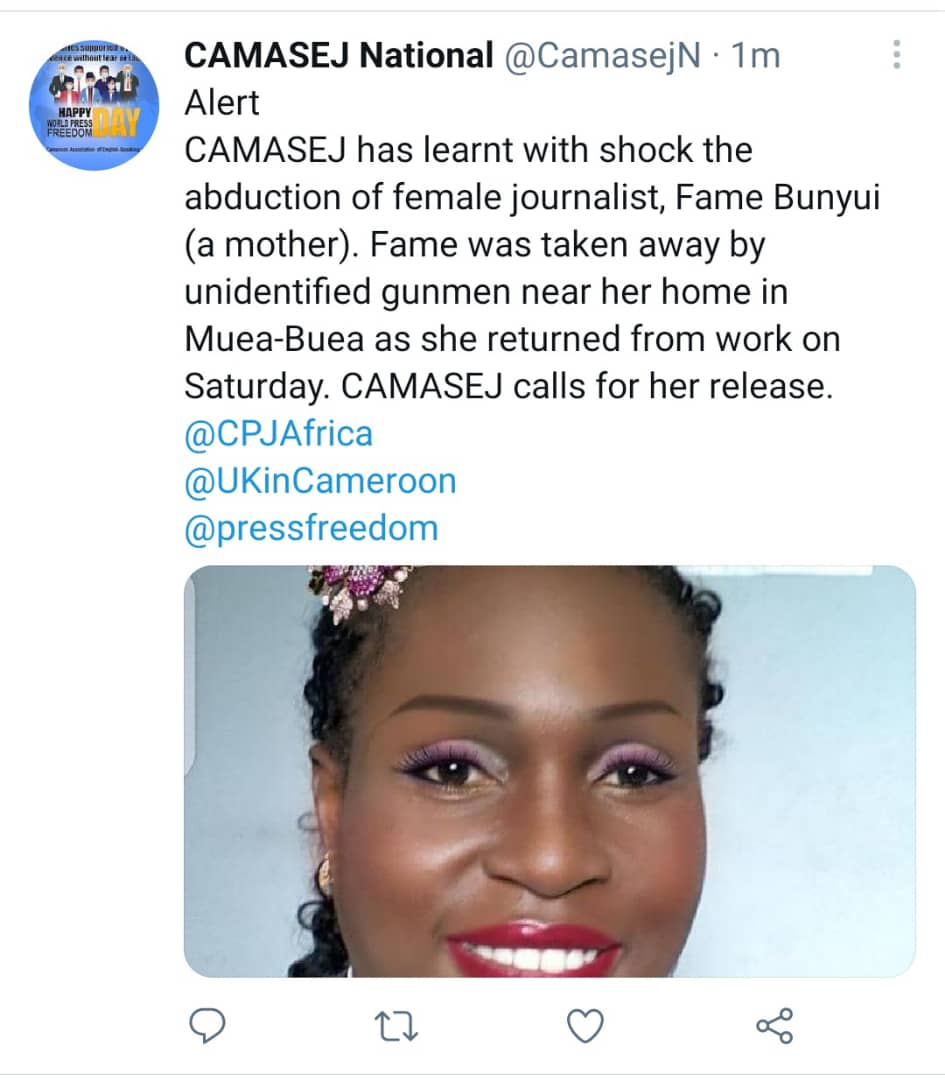 The hashtag #JournalismIsNotACrime was once more in use, to indicate that journalists should not be targeted in times of conflict.

After several hours in captivity, Fame Bunyui Ayiseh was finally released at about 11pm on Sunday March 14, 2021.

Upon her release, she was taken to the Buea Regional Hospital for check up.

Close relations indicate that apart from the traumatising experience, the Journalist received a knife cut on her back and was experiencing pains in general.

In a message sent to one of her professional forums, Fame expressed gratitude to God and thanked all those who prayed for her and extended love to her family.

He frowned at the act and called on all to support her especially as she needs to undergo psychological therapy.

Kange Williams also emphasised on his staff living in “red zones” to please move to “green zones” which are safer.

It is worth mentioning that this is not the first time that a Journalist is being kidnapped in Cameroon.

The perpetrators of such crimes usually identify themselves as separatist fighters though the kidnappers of Fame have not made any statement on their identity.