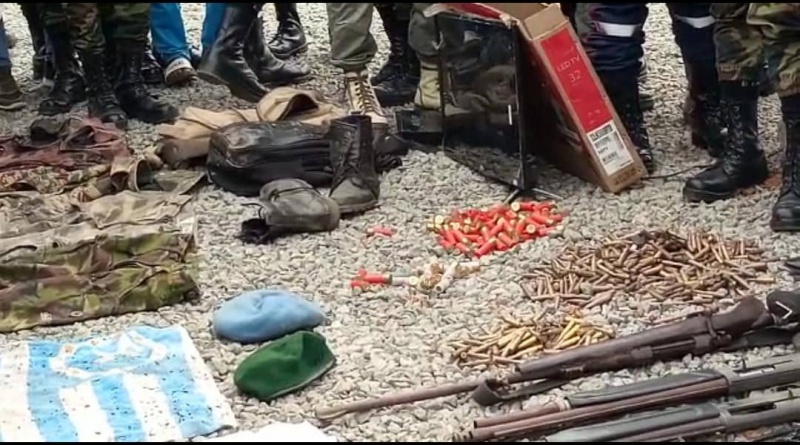 The Senior Divisional Officer for Meme Division in the South West region has reiterated the call for separatist fighters to drop their weapons and go to the Disarmament, Demobilisation and Reintegration Centres in the North West and South West Regions.

He made the call in Kumba after a special operation carried out by forces of the 6th Rapid Intervention Battalion (BIR) Unit neutralised six fighters at a small village known as Foe Bakundu in Meme Division.

Amongst the separatist fighters killed in the exchange of fire is the so called “General Spirito” whose real name is Akuroh Kadel. He was described by authorities as notorious.

The self style “General Spirito” is reported to have been engaged in several terrorist acts in Mbonge subdivision including the kidnapping of a religious official.

The special operation led by the Commander of the 6th BIR Unit, Colonel Maidoang Desire recovered guns and ammunitions among other things in the hideouts of the separatist fighters.

After the operation, the remains of Akuroh Kadel (General Spirito) were displayed at a popular street in Kumba with a call on the population to encourage their brothers and sisters who have taken up arms to drop their weapons and go to the Disarmament, Demobilisation and Reintegration Centres in the North West and South West Regions where they will be granted amnesty.