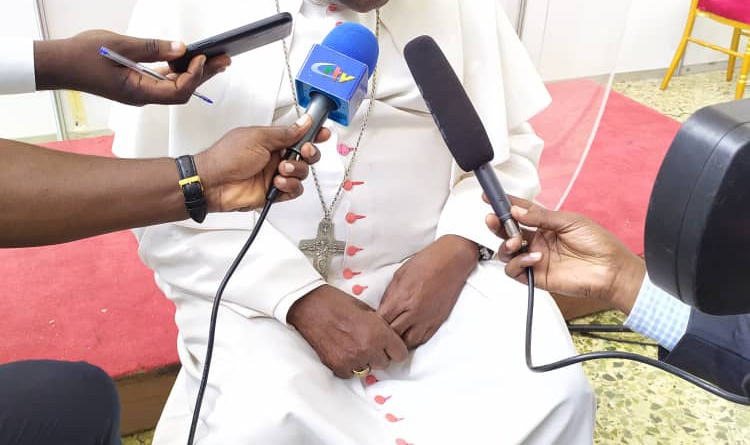 The Catholic Church in Cameroon mourns the passing away of Christian Cardinal Tumi. His death was announced during Saturday morning Prayers by the Archbishop of Douala, Samuel Kleda. The prelate died Friday night breaking Saturday April 3, 2021 in Douala from an illness.

Cardinal Tumi was born on October 15, 1930 in Kikaikelaki in village in Kumbo in the North West Region of Cameroon. He was the first and only Cameroonian cardinal.

He had been Bishop of Yaouga in the Far North Region, Archbishop of Garoua in the North Region where he was named Cardinal and subsequently Archbishop of Douala where he retired from church administration at the age of 75 in line with Catholic doctrine.

The man of God was staunch advocate for a just society, a defender of the rights of the oppressed, suppressed and marginalized. He played an active role in the Major National Dialogue organised in 2019 to resolve the socio-political crisis in the North West and South West regions.

Cardinal Christian Wiyghan Tumi was chairman of the Commission to reflect on “Assistance to Returning Refugees and Displaced Persons” during the Major National Dialogue.

During the Pre National Dialogue Consultations, the Cardinal led a delegation of Religious leaders with a 400 page proposal of solutions to the crisis.

The document was handed over to the Prime Minister – Head of Government, Joseph Dion Ngute coordinator of the dialogue.
Cardinal Tumi was unequivocal in his stances.

He said, “We are aiming at peace. That is our goal, and for that to take place, we think that we should know that it is God who governs us and the world, and every one of us will render account of his or her actions. We are convinced that during this dialogue the truth should prevail. By the truth I mean that whatever anybody would say should be in agreement with what he or she is thinking … we must be open to one another and all of us should know that whatever we have to say as far as the political life of our country is concerned is his or her opinion. Opinion is an affirmation that you hold with the fear that the contradictory opinion of the other might be the right thing to accept. Therefore we should also come to this dialogue with what I call intellectual honesty. When you are convinced that what the other person is saying is what good for our nation you have to bow down to it.”

His frank role is seeking lasting solutions to the crisis also resulted in him being abducted by separatists fighters in the North West region and subsequently freed. He was kidnapped on Thursday, November 5, 2020 alongside Fon Nsehm Mbinglo II, Paramount Ruler of Nso.