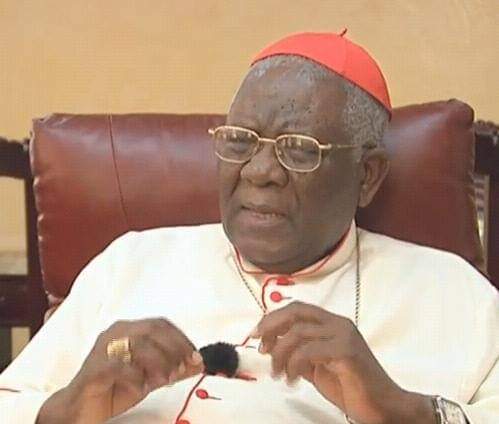 The final journey of Christian Cardinal Tumi began at the Douala Military Hospital Mortuary where the corps was coffined and conveyed to the Saint Peter and Paul Cathedral Douala.

Archbishops and Bishop from all of Cameroon’s ecclesiastical provinces, the Governor of the Littoral region and other dignitaries as well as well wishers accompanied the casket to the Saint Peter and Paul Cathedral in Douala.

A mass was said by the Apostolic Nuncio to Cameroon and Equatorial Guinea. Three other masses and prayers sessions have been scheduled throughout the day and night, ahead of the Burial Ceremony on Tuesday, April 20, 2021.

His Eminence, Christian Cardinal Tumi who died on the night of Good Friday breaking Easter Saturday was described by mourners as an exemplary clergy man who stood for truth.

The author of the book “My Night in Captivity” written after he was kidnapped by separatists, will be laid to rest at the tomb reserved for Archbishops within the church at the Douala Metropolitan Cathedral at 10 am on Tuesday, April 20, 2021.