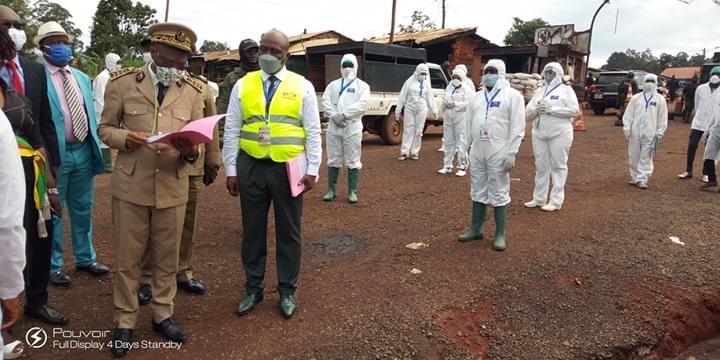 Public health authorities in Cameroon have identified late hospital arrivals as one of the causes of high date rates witnessed during the second wave of the pandemic.

Figured from the Public Health Minister show that more deaths have been recorded within the last 3 months than deaths recorded during the first wave of the pandemic in 2020.

When COVID-19 was first reported in Cameroon, the fear of the virus forced many people to rush to hospitals as soon as they witnessed symptoms similar to that of COVID-19.

But many soon overcame the fear of the virus as infections and deaths reduced. Meanwhile others had become accustomed to taking traditional remedies to prevent and fight the virus.The second wave of the pandemic eventually broke out when respect for preventive measures had become a thing of the past.

Most infected persons generally prefer to try traditional remedies and only seek care to the hospital if they did not get any better. For most of them, it was way already too late. Many died upon arriving at the hospital, others spent hours, days and still passed on, from complications.

High death rates have also  been attributed to the new COVID-19 variants found in Cameroon. On March 26, the National Order of  Health personnel said the the South African and British variants are currently responsible for the high death rates especially among persons aged 40-50 in Cameroon.

The National Order of Health Personnel in a recent media outing, said Cameroonians must be disciplined enough to respect the preventive measures if the virus will be conquered .

Dr. Fokam Joseph, a Virologist in the Public Health Ministry, says the high death rates are directly linked to the increased number of new infections.

Close to 10,000 new cases were recorded in Cameroon in less than two months.

The health experts says  “ During the past week, we recorded more than 5000 new cases as compared to about 2000 during the first wave; consequently, in the past three months the number of deaths is equivalent or more than what we had recorded through 2020”.

As the death toll rises, public health authorities continue to call for the respect of preventive measures.

Cameroon’s Public Health Minister , Dr. Manaouda Malachie insists that we need to “protect ourselves, our families and others, in order to continue building our dear and beautiful country Cameroon”.