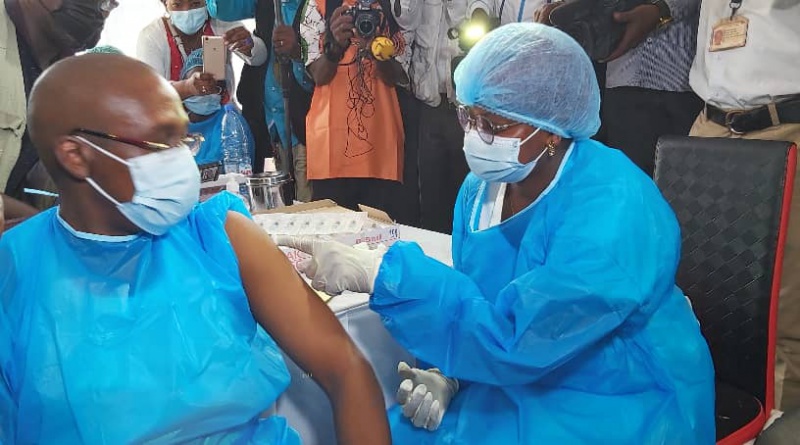 Vaccination against the global health crisis has begun in Cameroon. The vaccination process was launched this Monday, April 12, 2021 by the Minister of Public Health who took the first dose.

The Governor of the Center Region, Naseri Paul Bea, the Centre Regional Delegate for Public and other members of the Minister’s delegation also took the vaccine.

Moments after the official launch a number of people cued up at the Orca Vaccination Centre to get their own doses of the vaccine.

Officials of the vaccination centre explained that the injectable vaccine is administered in two doses.

The second dose is given two weeks after the first. William Alex Nkami, supervisor at the vaccination centre said that so far the vaccination process is going on without any hitches.

No cases of side effects resulting from the vaccine have been reported.
After the launch, vaccination is expected to continue in other centres in Yaounde and around the country.

The Minister of public health indicated the vaccination is voluntary and priority will be given to health personnel and persons at risk.

The vaccination process began a day after 200,000 doses of the Sinopharm anti COVID19 vaccine donated by the Government of China to Cameroon was officially handed over to the Prime Minister – Head of Government, Joseph Dion Ngute at the Yaounde Nsimalen international Airport.