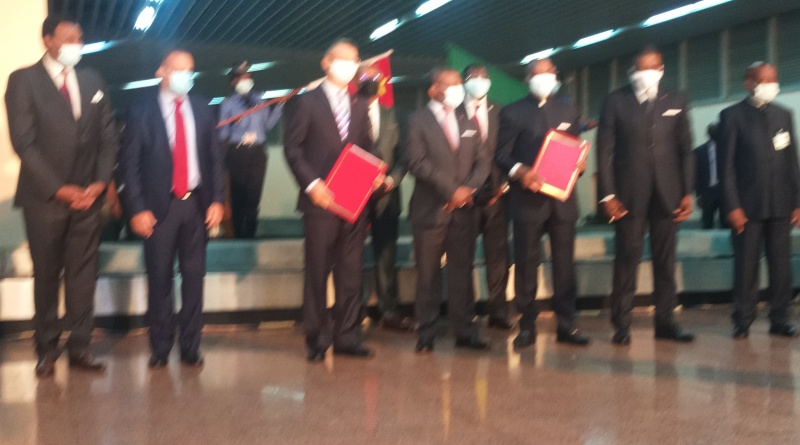 Cameroon has received her first stock of vaccines against COVID19.

Two hundred thousand doses of the sinopharm vaccine offered by The People’s Republic of China to the government of Cameroon was flown into the country this Sunday April 11, 2021. 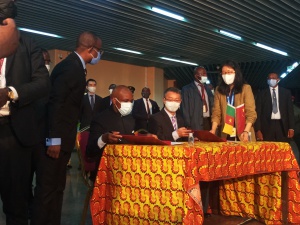 The Chinese diplomat symbolically handed over a sample vaccine to the Head of Government during a ceremony at the Yaounde Nsimalen international Airport.

The Chinese Ambassador to Cameroon and the Minister of Public Health have signed the handover and reception documents for the donation of 200,000 doses of the Sinopharm COVID19 vaccine to Cameroon before the handover.

Prime Minister Head of Government Joseph Dion Ngute said that health workers will be given priority in the administration of the vaccine.

The Chinese Ambassador for his part said the vaccine has been donated as part of Chinese efforts to assist middle income countries obtain the vaccination to curb the corona virus infections.

The vaccines have been transport to Cameroon through a technical partnership between the Islamic Development Bank, the United Nations Development Program and the Cameroon Government.