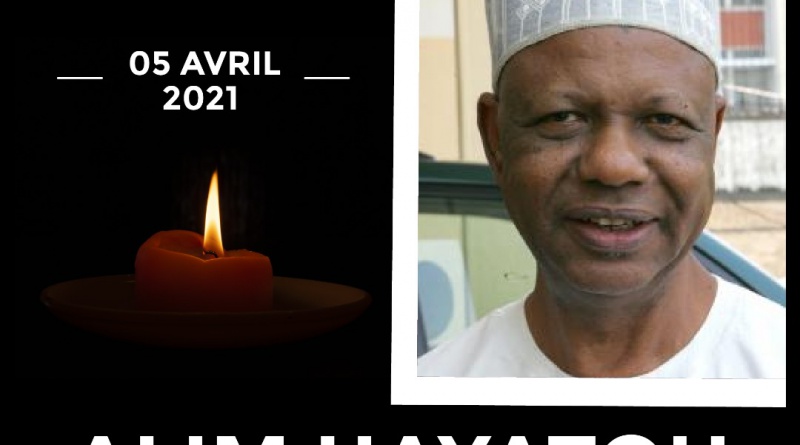 The Lamido of Garoua and Secretary of State at the Ministry of Public in charge of epidemics, Alim Hayatou has died at the age of 75.

The illustrious son of Garoua was one of the most experienced members of government after serving in the Paul Biya administration for some 25 years.

He was born on August 9, 1946 in Garoua, in the Benoue of the North region of Cameroon.

He is the second of the Hayatou brother to pass away after former Prime Minister, Sadou Hayatou.

Issa Hayatou former President of CAF, interim President of FIFA is the only surviving Hayatou brother who held influential positions.

Alim Hayatou was a scholar of economics. He graduated from the National Treasury School of France in 1971.

He also attended the National School of Administration and Magistracy (ENAM) – Cameroon and graduated as a Treasury Inspector.

Alim Hayatou is the second member of the government to die in office, since the start of the year 2021. His death comes after that of Adoum Gargoum, the Minister Delegate to the Minister of External Relations, in charge of Relations with the Islamic world who passed away a month ago.

The statesman was also a Traditional Ruler. Alim Garga Hayatou was the Lamido of Garoua. During his reign, he successfully blended tradition and administrative responsibilities.