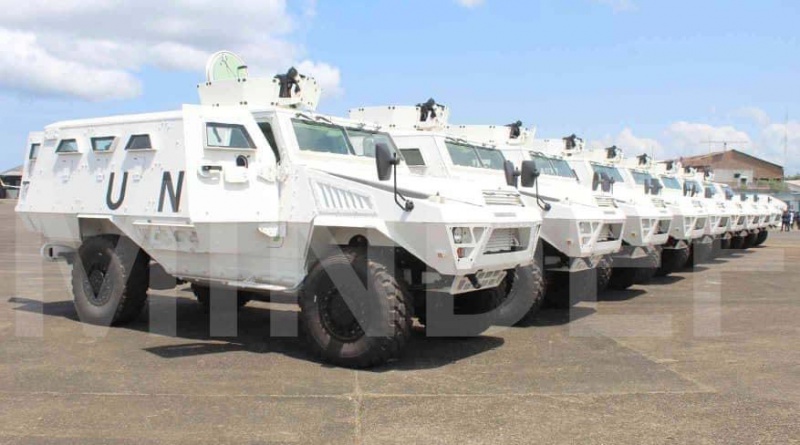 The Cameroon contingent of the United Nations Peace Keeping Mission in the Central African Republic have received a consignment of brand new military equipment and logistics to boost their operational capacity in their on going mission.

Defense Minister, Joseph Beti Asomo was in Douala this Tuesday May 11, 2021 at the 201 Air Force Base where he received the consignment of military equipment on high instructions of the Head of State and Commander- in-Chief of the Armed Forces, President Paul Biya.

The equipment are made available thanks to a France – Cameroon partnership to help Cameroon swell up the size of its peace mission and quickly renew their arsenal.

Joseph Beti Assomo reiterated Cameroon’s resolve to aid in the return of peace in the Central Africa Republic.

He indicated that, it is crucial to replace equipment, most of which had exhausted their use or have reached the end of their lifecycle due to the constraints of harsh operational environment.

According to the images released by the communication unit of the defense ministry, large batches of ambulances and military ground vehicles stamped “United Nations” (UN) were on display at the base. 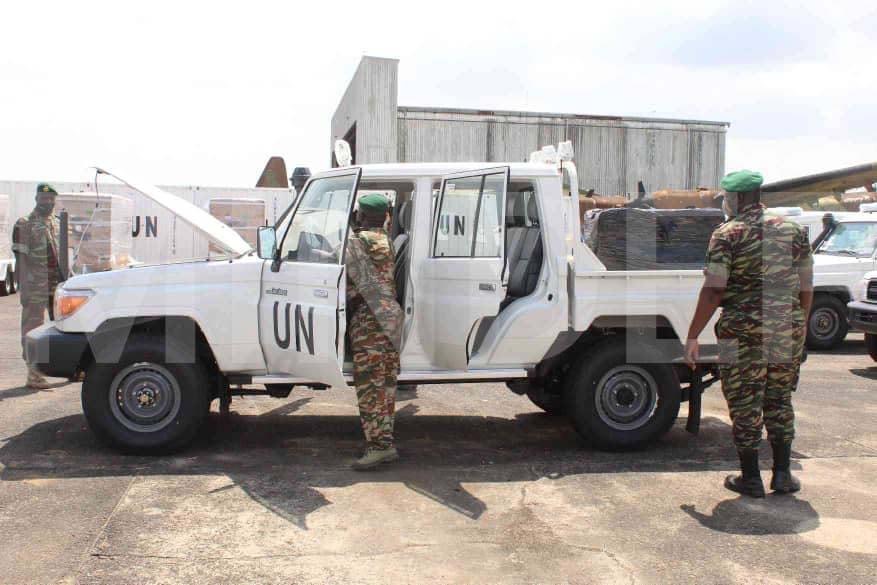 This significant consignment of important materials include:
– 70 containers,
– 35 trailers,
– 45 Toyota pickup trucks,
– 9 bulletproof vehicles.
They are already on the Cameroonian soil ready for deployment at the United Nations Multidimensional Integrated Stabilization Mission in the Central African Republic, (MINUSCA).
It will be used by the Ameroon contingent to facilitate their peacekeeping operations in the Central African Republic, and the pre-deployment Center in Motcheboum.

During the ceremony, the Minister Delegate at the Presidency in charge of Defense, Joseph Beti Assomo spoke on President Paul Biya’s commitment to renew the equipment as the previous ones reached the end of their efficacy, and Cameroon’s devotedness in complying with the United Nations standard.

The delivery of equipment to Cameroonian soldiers of the MINUSCA is a concrete act and the materialization of a strong commitment of Cameroon, to make a decisive contribution to the preservation of peace with its 1150 men engaged in the Minusca. 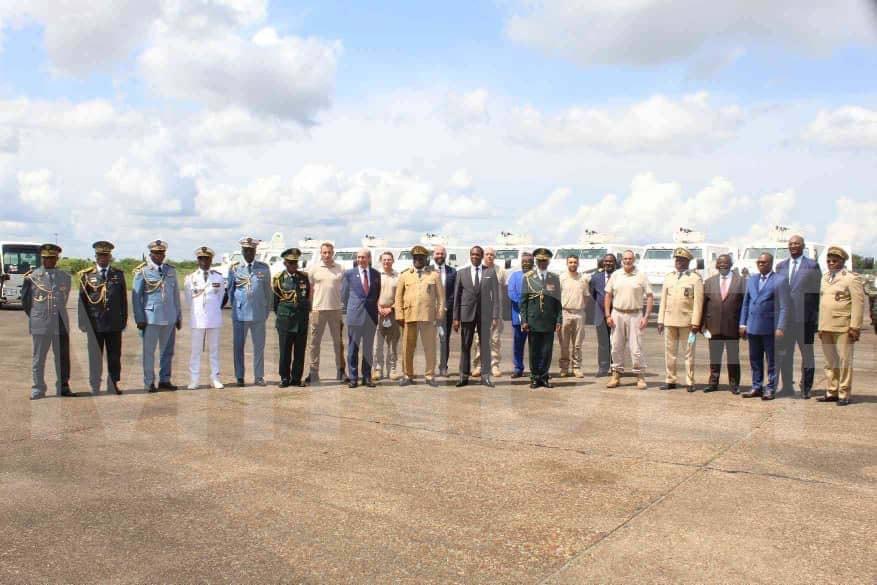 Top ranking Military and government Officials of the Cameroon Defense Forces, as well as representatives from the accredited Military equipment supplier (OMP) solutions were also part of the ceremony.
Bruno Ndonwie Funwie