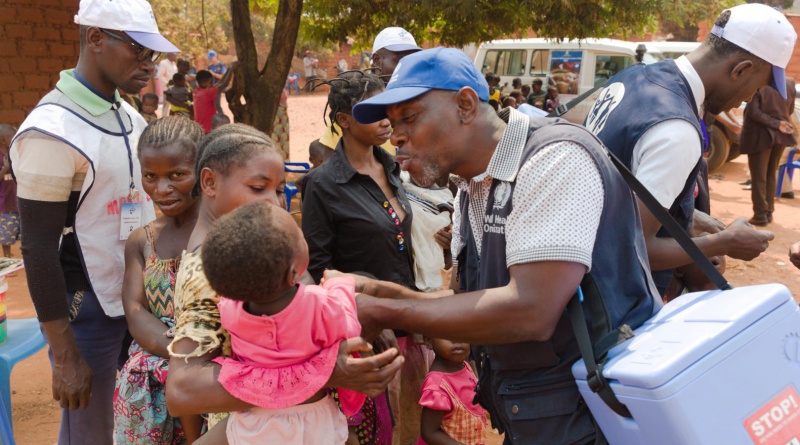 A new vaccination campaign is ongoing to prevent children aged 0-5 from contracting the disease that causes paralysis almost  a year after Cameroon was certified Polio-free.

The campaign dubbed “National Immunization Day”, that ran from May 7-9 across the country was aimed at strengthening immunization in children between the ages of 0-5.

The campaign has been extended in schools to catch up  with children who missed out on the exercise last Friday.

“We want to make sure every child aged 0-5 is vaccinated against poliomyelitis. That is why we are doing a catch-up for children who missed the vaccine administered in schools on Friday,” Mr. Ewane Leonard, Regional Coordinator of the National Immunization Program for the Littoral said.

A good number of children aged 0-5 have received the Polio vaccine, Vitamin A and the deworming drug, Albendazole.

The Permanent Secretary of the National Program on Immunization, Dr. Shalom NDOULA says the exercise targeted over six million children in the country’s 10 regions.

According to a recent report from the Ministry of Public Health, over 240,000 children have not received the Polio vaccine since COVID-19 cases were first reported in Cameroon in March 2019.

New polio cases were reported in the Centre Region in February 2021; almost two years after Cameroon was declared polio-free.  A situation blamed on the resistance from parents to have their children vaccinated.

“Failure to attain coverage objectives for OPV and IPV in routine immunization over the last 3 years, and the permanent movement of displaced persons and/or refugees that can favor the virus being imported from other countries” Dr. Shalom NDOULA said, justifying the need for the new vaccination campaign.

The official said the vaccination campaign has evolved successfully amid resistance from some parents who have been misinformed by social media rumors on the COVID-19 vaccination scheme.

As the vaccination exercise draws to a close, health experts have called on parents to have their children vaccinated against the disease that can ruin their future.