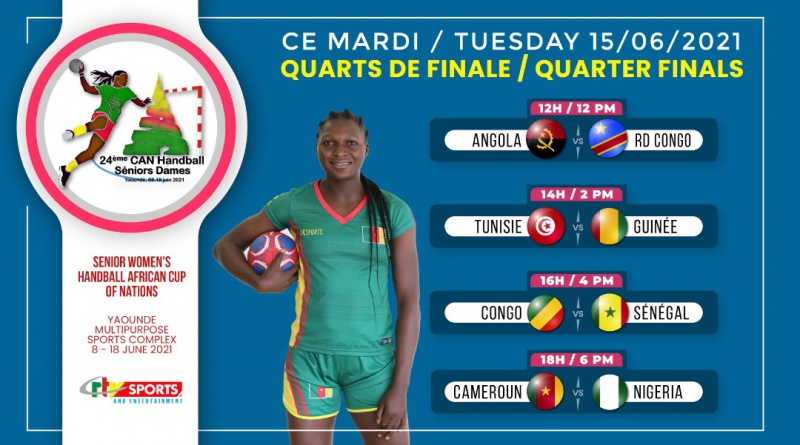 Group B leaders, Cameroon will face off third placed best Falcons of Nigeria in one of the four quarter final matches to be fielded this Tuesday, June 14 at the Yaounde Multipurpose Sports Complex. 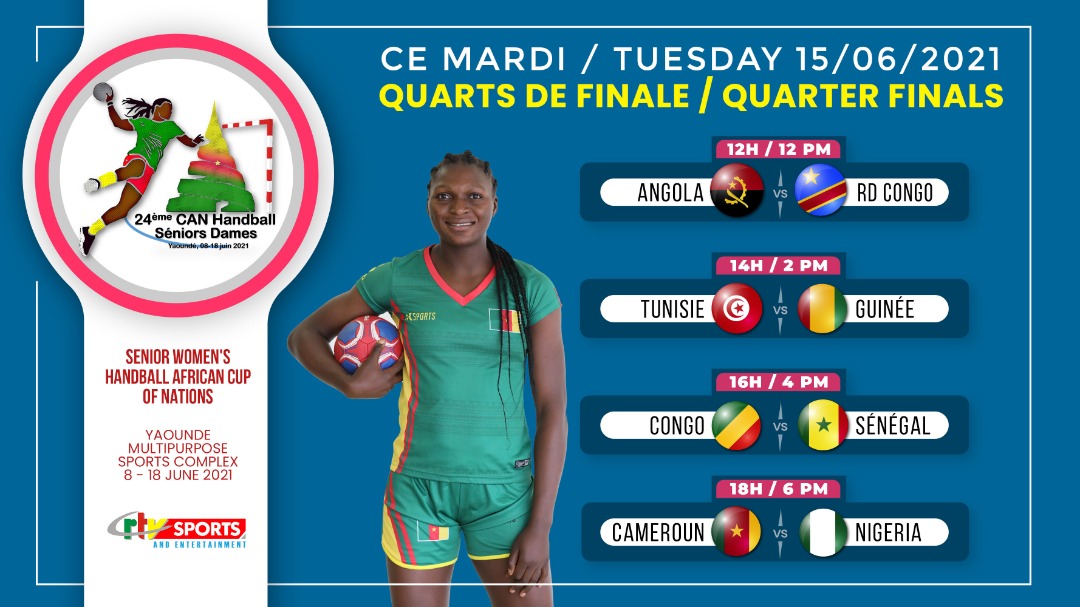 Cameroon is a favourite in this game after winning her three group games and keeping a clean sheet, and staying at the top with six points at the ongoing Senior Women’s Handball tournament.

Nigeria managed to suppress Kenya in one of her three group games to earn 2 points in the competition that helped her qualified as the third best placed team in group B. 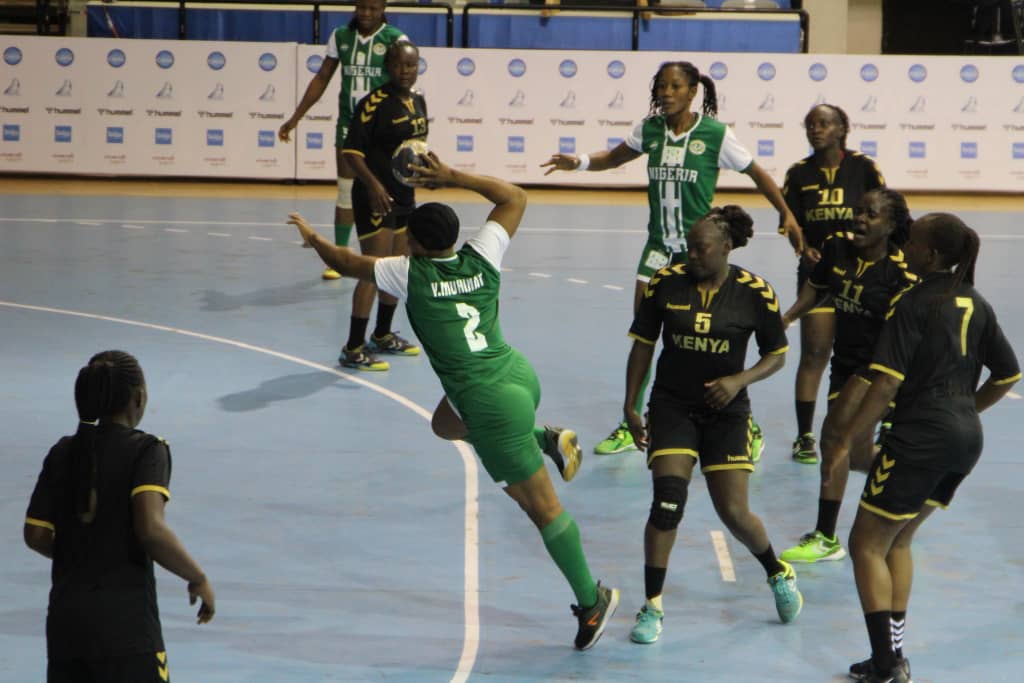 Her quarter final opponent, Cameroon edged Nigeria 31-19 at the group stage of the tournament.

Cameroon is entitled to three silver medals and three bronze while Nigeria counts three participations, one trophy, one silver and a bronze in the handball tournament.

Thirteen times title holders and defending champions, Angola will throw weights with 2018 third runners up, the DRC, one of the favourites in the competition. The clash is the first in a series of four, it will be played at 12 noon on Tuesday, June 15.

At 2pm local time, Tunisia will face off Guinea in the second quarter final game. The North African team qualified after a huge gab of 35-15 over newcomers Madagascar.

Third encounter of the day will be recorded between Teranga Lionesses of Senegal and the Congolese ladies at 4pm.

Last on the list is Cameroon versus neighbouring Nigeria to be played at 4pm.