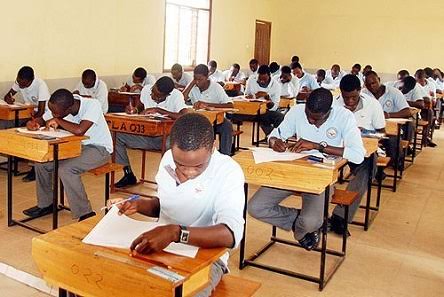 Among them is 19-year-old Pierrette M., a visually impaired candidate who has decided to brave the odds of disabilities to secure a career for herself.

The candidate who studies A4 Espaniol, began writing the exam on Tuesday June 8, and says she has so far had no difficulties.

“The questions are well transcribed and we write without problems”.

She also attests that the Principal of GBHS Nkoleton, Mohamadou Guidado loves the candidates with disabilities and “gives us lots of candies”.

*Where Social inclusion is practical *

Pierette M. is a Terminal student of Government High School (GHS) Anguissa, one of the schools where social inclusion is practical. The institution has a good number of students with disabilities.

“ I am in school because education will help me achieve my dreams. I chose the Literature series because I plan to study Bilingual Letters in the university, so I can later on become a translator/interpreter”.

She adds that being visually impaired “does not hinder me from achieving my objectives”.

Though a person with disabilities, Pierette M. says she feels like every other student of her school.

“We have been educated about social inclusion, so I easily integrated myself in the school milieu. I study and take exams like the others, and I get marks like the others”.

Pierette will write the Baccalaureate exam for an entire week. But she is not alone in this endeavor . She says her parents have provided the finances for feeding and taxi faire as well as psychological support.

Other Candidates living with disabilities are writing the Baccalaureate exam at Père Monti institution, one of the two exam centers in Yaounde where these candidates sit for the exams yearly.