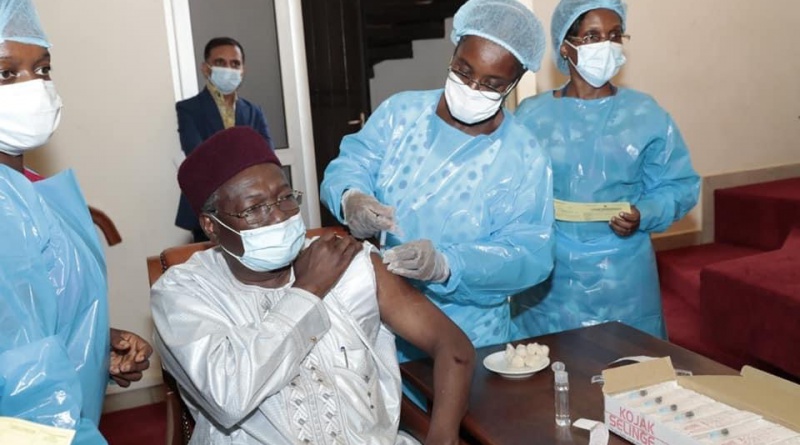 He chaired a meeting on of the inter-ministerial committee that monitors and evaluates government response to the pandemic, Thursday June 10.

To overcome the anti-vaccine campaign especially on social media, the government will effectively educate as many people as possible on the need to get vaccinated against the disease.

The first phase of the vaccination exercise launched over two months ago targeted 812,000 persons from April till July 31. But 10 weeks after the campaign was launched, Public Health Authorities say only 68,000 persons, representing 13% of the target number, have been vaccinated.

The first consignment of the vaccines received through the COVAX scheme in April will expire by the end of June.

To salvage the situation, the Public health Minister has prescribed “more efforts”.

There are also plans for mobile teams to also tour neighborhoods and other areas of the country to vaccinate persons.

The era of aggressive measures

Government says it may resort to stringent measures if the vaccine hesitancy persists.

“ We decided on the instructions of the Prime Minister, Head of government to intensify our campaign of sensitization. We agreed that we will bring our experts who will come and explain that vaccines are a necessity”
Minister of Communication, Rene Emmanuel Sadi

However, if people continue to shun the vaccine, government may be forced to take stringent measures.

“In future people who will not take the vaccines will see that a lot of things will not be available for them”. Rene Emmanuel Sadi, Minister of Communication

As many continue to turn their backs on the vaccines, Public Health authorities insist that vaccination, coupled with the respect of safety measures will permanently eradicate the disease from the country.