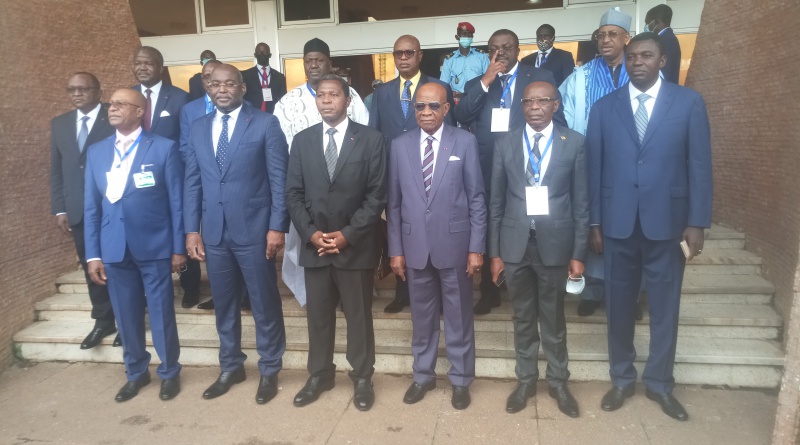 The first biannual Conference of Regional Governors of Cameroon for the year 2021 has ended in Yoaunde. The two day session examined challenges the country is facing particularly in the areas security, development projects, and the fight against urban disorder, with emphasis on the activity of commercial motorcycles.

Presentations by the Secretary of State to the Minister of Defense in charge of the National Gendarmerie, Galax Etoga and the Delegate General for National Security, Martin Mbarga Nguelle on the security situation in the country highlighted the fact that the situation is globally under control though Cameroon is facing certain security challenges in some regions and the country is preparing to host a major football festival, the Africa Cup of Nations.

The Governors also assessed the general state of mind of the population on the eve of the end of the 2020/2021 school year and evaluated measures to increase pupils and teachers turnout in the various schools in the North-West and South-West Regions for the next school year.

The role of the Administrative Authority in the implementation of decentralization in Cameroon also came under sharp focus. Regional Governors were instructed to fully play your role of supervision and support and advice to the decentralized territorial authorities in order to contribute to Cameroon’s emergence of by 2035.

Minister Paul Atanga Nji instructed Governors to ensure close monitoring and to report any delays and poor execution of public contracts adding that “No complacency should be tolerated”. In the security front, he called for fruitful synergy between the administrative authorities, the security forces and the populations. He also called for special and sustained attention to check cyber crime, armed robberies, burglaries at homes and in taxis, hostage-taking with ransom demand and thieves who pass commercial motorcycle riders.

He encouraged synergy of action between the administrative authorities and the Heads of Regional and Municipal executives in this spirit of cohesion to fight against urban disorder. Administrative Authorities were told to increase the number of tours within their respective Command Units and enhance the fight against all forms of drugs and combat illicit sales of drugs.

Regional Governors have been told to be relentless in the fight against the illegal possession of firearms.

All persons in possession of weapons unlawfully have been invited to hand them over without delay to the services of the gendarmerie or the police under the coordination of Governors.

They also have the responsibility to step up the fight against the spread of the COVID-19 pandemic be ensuring the rigorous respect of preventive measures decreed by the Government of the Republic. They are also expected to encourage the population to be vaccinated. “Vaccination is not compulsory, but it is useful in stopping the spread of the virus.” The Minister noted.

Minister Paul Atanga Nji also extended the congratulations and encouragement of the President of the Republic, Paul Biya to the Governors and their collaborators for the multifaceted sacrifices made to eradicate all the scourges facing the country, in particular the persistence of terrorist acts which disturb the peace of the populations who aspiring to live in peace.