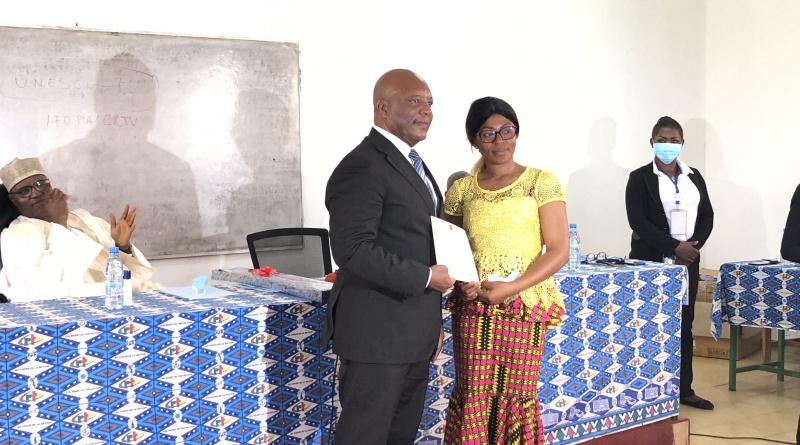 55 technical and radio animators from some community radio stations have received end of course certificates after a one month training at the Audiovisual Heritage Training and Conservation Institute (IFCPA).

The institution is found in Ekounou, a neighborhood in Cameroon’s Capital, Yaounde.

The ceremony to hand the certificates to the media professionals took place on Friday June 11, 2021 in the IFCPA institution.

Speaking at the event, Ibrahim Cheriff told the media professionals to make good use of the knowledge they have acquired during the one-month training.

The Director Delegate of IFCPA, Francois Marc Modzom told participants that the batch of professionals is so far the best.

The UNESCO Regional Director in charge of communication for Central Africa, Najib Nokni, told the trainees to use their community radios as a room for national development.

“Community radios fight against fake news, violent extremism and disinformation. Collaboration should  continue. You are essential actors of development, education on COVID”.

The project to train technicians and animators is the outcome of a partnership between the United Nations Economic Scientific and Cultural Organization (UNESCO), Crtv and IFCPA.

The 55 trainees constitute animators and technicians from 5 community radios in Cameroon and Chad. They include ; Waza, Bol (Chad) Lembebadja, Ngoazip, Ebebda.

After this training, UNESCO will proceed to install the equipment acquired to rehabilitate the community radios.