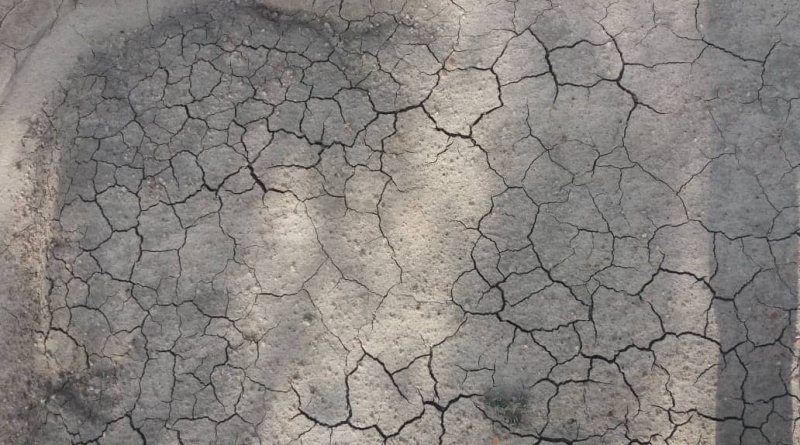 Maroua, Cameroon – Bunjoh Kindness has been farming in Maroua, capital of Cameroon’s Far North Region, for More than 10 years now.

Though she believes farming on the Lands in the Region is tedious generally ,Kindness recounts that she was somehow deceived to farm on a piece of Land with more limiting yield potential in Ziling -a neighbourhood in Maroua.
“I farmed in Ziling in 2020. Those who rented the land said it will render good crops that year.I had to use up much water, still my crops didn’t do well,I planted corn but could not harvest because they were so pale. Though farming in Maroua is really difficult because the land is not the best, this one in Ziling was the worst I ever farmed on ”

Their Farming Woes are Just too much! https://t.co/letIsze5AW

Bunjoh Kindness who grew up in North West Cameroon where Lands are much fertile told me that even when its rainy, it was still strenuous to work on the ‘Ziling’ Land.
“In the Rainy season ,it’s still difficult to work and one can’t weed the farm. The soil becomes muddy and few crops like okro do well there. The constraints are just so numerous.”
This Kind of Land that Environment Experts call Dryland affects about 87%(3 million hectares) of the Region that sits on a surface area of 34,263km2,according to recent studies from Cameroon’s ministry of Environment, Protection of Nature and Sustainable Development,MINEPDED.
I also travelled to Taneo in the outskirts of Maroua where the Land is severely degraded and characterised by numerous cracks.
There, I met a young farmer Fadil Hamadou who had slightly different difficulties from Kindness
“ The First difficulty we have in Taneo is that plastic objects get into this soil which stops water from getting into it. This does not help the fertility all” Fadil says
“Secondly, when it’s the rainy season here ,We experience Floods and this affects our farm produce. And there are also some holes on the soil that prevents our millet from growing well”
With the help of an Environmentalist ,Sebastien Nkuoe Ndock who accompanied me there, we asked Fadil how they were managing to cope with such a difficult farming environment.
“We don’t use chemical fertilisers but we use animal waste, like that of goats, sheep and cows “he replied
“This helps our farm produce a little as compared to when we don’t use it. But the outcome is still not satisfactory. We have not started farming here in Taneo, it’s in July that we will start, that is when the rains are much .
To survive we do other things like peti trade and rearing”.
Fadil Hamadou just like Bunjoh Kindness say if farmers in the Far North are given a helping hand then their yields would be better.
“If we get finances ,we would be able to buy chemical fertilisers to increase our yields. If trees are also planted we think it will help the fertility of our soils” says Fadil

*Situation and Effects of Land Degradation*
Most of Cameroon’s Drylands are located in the Far North and the North Regions(Close to 7million hectares of land affected) .In these Regions where rain falls for just 3 or 4 months, inappropriate farming methods, abusive felling of trees amongst other human factors have contributed to the increase of Drylands.
Natural factors like the Advancement of the desert, have also played their part.
According to experts, the poor attitudes of the population comes back to hurt them
“The increase in Heat which brings about Rashes to some of the inhabitants of the Far North is because of the abusive felling of trees. Animals also leave the Waza National Park to the Kalfou Reserve in Search of food because of such attitudes” A Fuel Wood Expert with the German Technical Cooperation GIZ ,Teboh Emmanuel Explains. 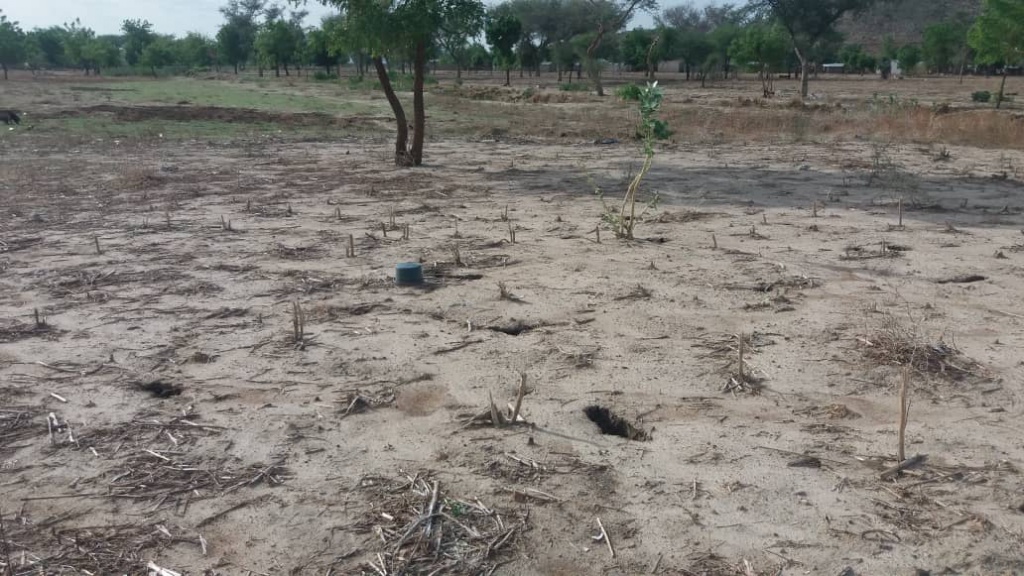 The state of Cameroon and its partners have been making efforts to restore Drylands and ecosystems in Nation.
“Since 2008 when the operation Green Sahel was relaunched to restore Drylands and ecosystems, MINEPDED has planted 3 million trees in the Far North Region. 2,000 improved cooking stoves have been offered and 40,000 hectares of land have been restored “ The Regional Delegate of Environment, who is the Highest government authority in charge of Environment in the Far North, Djingui Tchinda stated.
Cameroon’s commitment to the AFR100a (the African Forest Landscape Restoration Initiative) which is a country-led effort to bring 100 million hectares of land in Africa into restoration by 2030, is also concentrated in the Sahelian part of the country.
“Cameroon’s goal is to restore 12 million hectares of degraded land in the national territory and 8 million of this land is in the 3 Northern Regions that is the Far North, North and Adamawa” Bertrand Haiwe, an Environmental Engineer Working in the field of Forest Landscape Restoration in a project put place by GIZ.
And to complement the ambitious restoration drive
“Cameroon also aims to preserve the land that have not been degraded “ Haiwe adds
Partners of the Government like GIZ also provide improved cooking stoves while the Lutheran World Federation plants trees at the Minawao Refugee Camp. 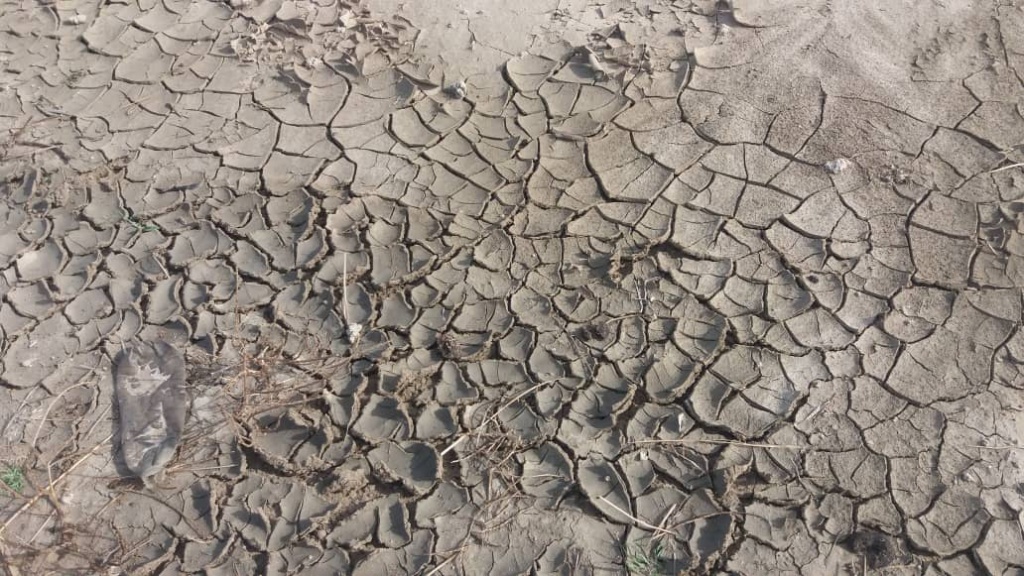 Environmentalist in Cameroon’s Northern Regions say despite the measures taken by Cameroon to restore Drylands and Ecosystems in the Nation and the Sahelian part of the Country in Particular, many local solutions can be can be added.
“Though Thermal,Solar and wind energy are still at the baby stages in the Sahel, they are still been used in the restoration of Drylands and Ecosystems” Bertrand Haiwe Stated.
“There are many youth entrepreneurs using these renewable sources of energy that are in abundance in the North and Far North regions. For the restoration of agricultural lands for example, there is the continuous implementation of solar powered boreholes that provide water for large farms. But the state has to continue supporting these initiatives by providing funding for those in the domain of renewable energy to restore degraded lands” the Environmental Engineer explains.
Apart from the use of renewable Energy ,Haiwe proposes
“Assisted natural restoration for the forest lands. On agricultural lands, one can carry out agro-forestry activities, restoration of land fertility such as the introduction of cover crops(plants used primarily to slow erosion and improve soil fertility).
On pastoral lands, it is useful to develop approaches to enrich degraded pastures”
At the level of water management and conservation, the Forest land Restoration Expert Says
“We can promote current practices that have been developed for years and that also fit within the framework of local know-how, such as the grassy strips”.