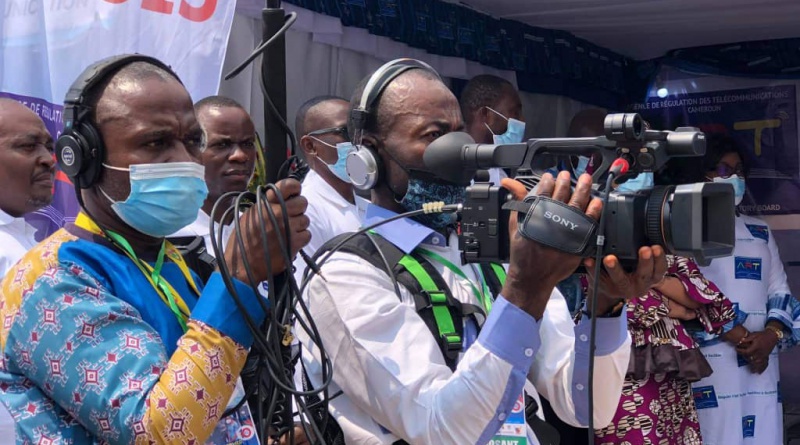 The Cameroon Radio Television has deployed a team at the ongoing Fair on Government Action, SAGO to showcase the cooperation’s activities. The CRTV with two stands is also participating in giving more visibility to government projects through live broadcasts from the fair ground.
The fair that began on July 25, ends on Saturday July 31,2021. 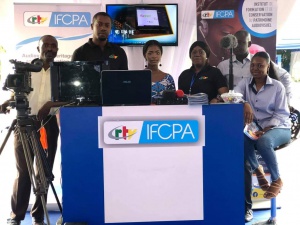 The conspicuous position of the stand makes it easy for visitors entering the fair ground to immediately set their eyes on CRTV’s off at the stand.
Hostesses at the entrance readily welcome and lead visitors through a guided tour.
The ladies from CRTV’S Marketing and Communication Agency (CMCA) which is the cooperation’s commercial department enlighten the public on their services and what it takes to advertise on CRTV. 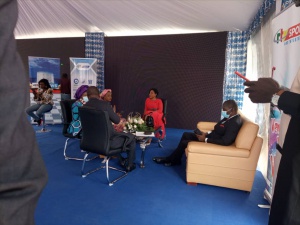 The Communication and Cooperations division is also present. It serves as a ‘liason” between the public and the CRTV as whole. The department also showcases what they do on a daily basis.

Present among CRTV’s crew is SAGO’s Media partner CRTV News, the channel has come up with a special news cast at 6:45 pm and some programs tailored at promoting activities taking place in SAGO

Do you want more information on the competitive examination launched by CRTV’S Professional School, IFCPA? the head of the professional training department Mathieu NGAH and his crew are present at the fair to help you 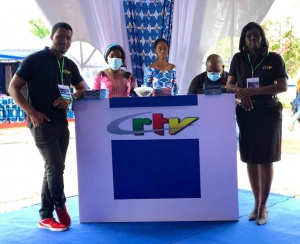 Meantime CRTV Web which is charge of the corporation’s online presence is busy subscribing more followers on its platforms that is Facebook, Instagram,YouTube , LinkedIn, the website www.crtv.cm and Tiktok which will be officially launched in August. Visitors at the fair are also sensitised on what CRTV Web is doing on daily basis.

Also the National station of the CRTV broadcasting on 88.8 is having a special slot on the 1pm newscast which is broadcast live at SAGO with host Marie Francoise Ewolo and Manka’a Ambe.