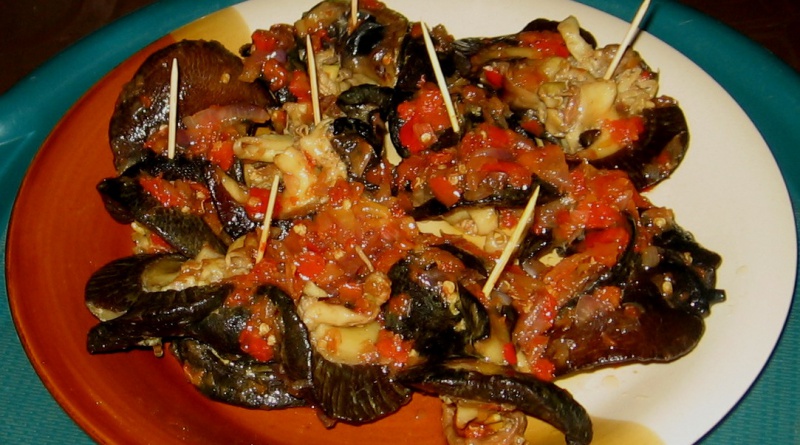 Snails, popularly referred to as Congo Meat or Nyamangoro or Slow Boys is a delicacy in many parts of Cameroon. 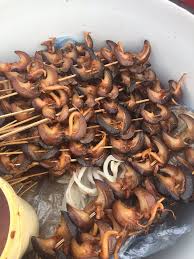 Consumption of this mollusc has gained grounds across the country over the years.

In spite of this wide consumption, not all Cameroonians enjoy the delicacy. While some complain of the fact that the mollusc lives in dirty environments, others say the preparation process which involves taking off the shell is disgusting to behold. Snails when prepared, are a rich source of Protein, Iron, Calcium, Vitamin A and a number of other minerals.

They are also said to be low in fats hence good for those on a low-fat diet.

Nutritionists indicate that snails have the same Protein content as beef and pork but with the difference that they have less fat.

The “Hunt” for Snails

It is 7:00pm in Tiko, a locality in the South West Region of Cameroon.

Two teenage girls are fidgetting in the dark with a torch in hand. What could they be searching for in the dark? They are snail hunting.

The humidity of the soil accompanied by the evening darkness is perfect for the movement of the creatures.

The little girls are certain to make a good catch this night.

From Snail Hunting to Snail Farming

A new lucrative business has sprung up from the local snail hunting…snail farming! The business is becoming very popular in Cameroon with some snail farmers already having a niche.

Snail farmers rear the snails and sell to retailers or cook them and sell as food.

The South West Region is one of the most humid parts of Cameroon. No doubt why snails are easily found in the area.

The wetness of the soils in the region provide a comfortable habitat for the molluscs.

This region is also host to many water bodies as well as plantations with enough manure which usually acts as food to snails.

The above notwithstanding, the introduction of snail farming has made snails to cross the Mungo to other parts of the country, invading the menus of many homes and restaurants. 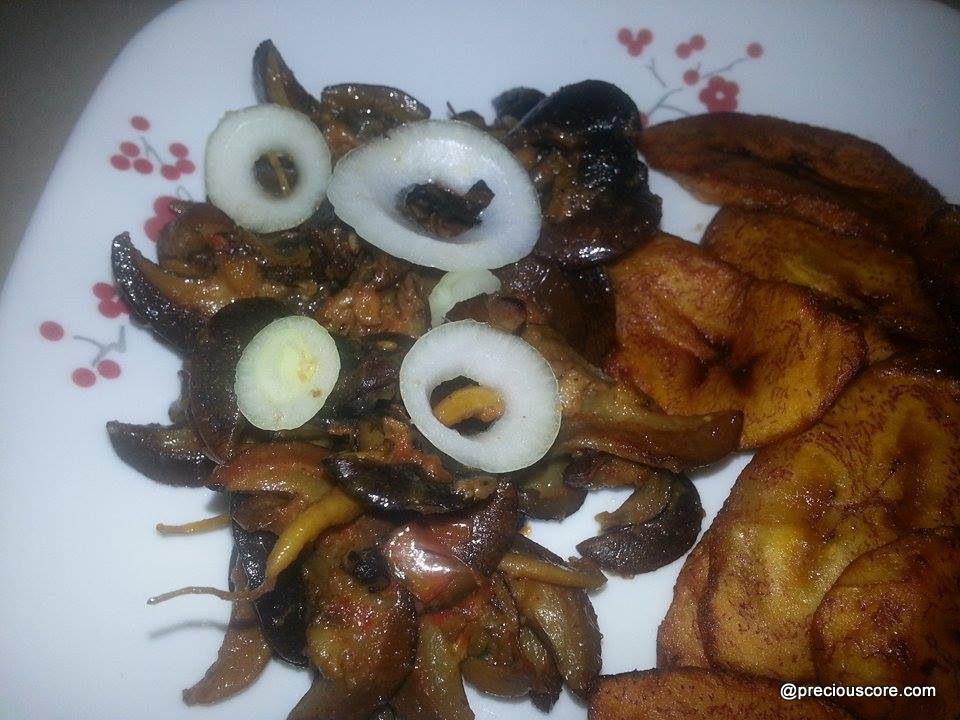 Be they fried or cooked in a sauce, soup or with vegetables, snails are now a delicacy and staple for many Cameroonians.