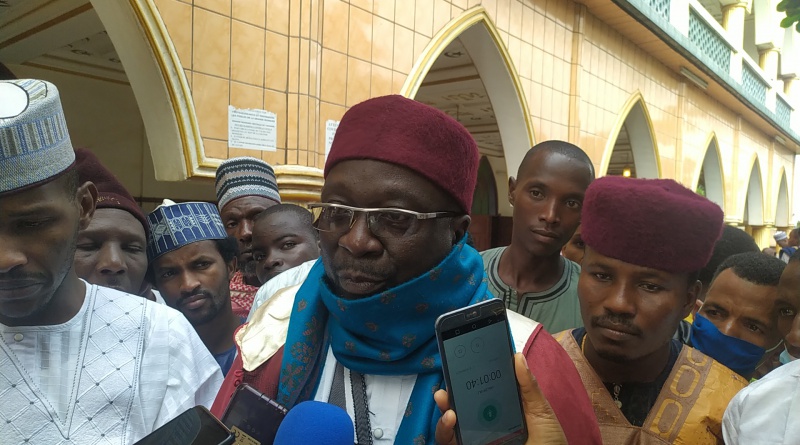 The Imam of the Yaounde Central Mosque, Mohaman Saminou in his traditional sermont during the morning prayers at the Briquiterie neigbourhood to mark the feast of the Tabaski emphasized that muslims should be peace crusaders and actors of development. 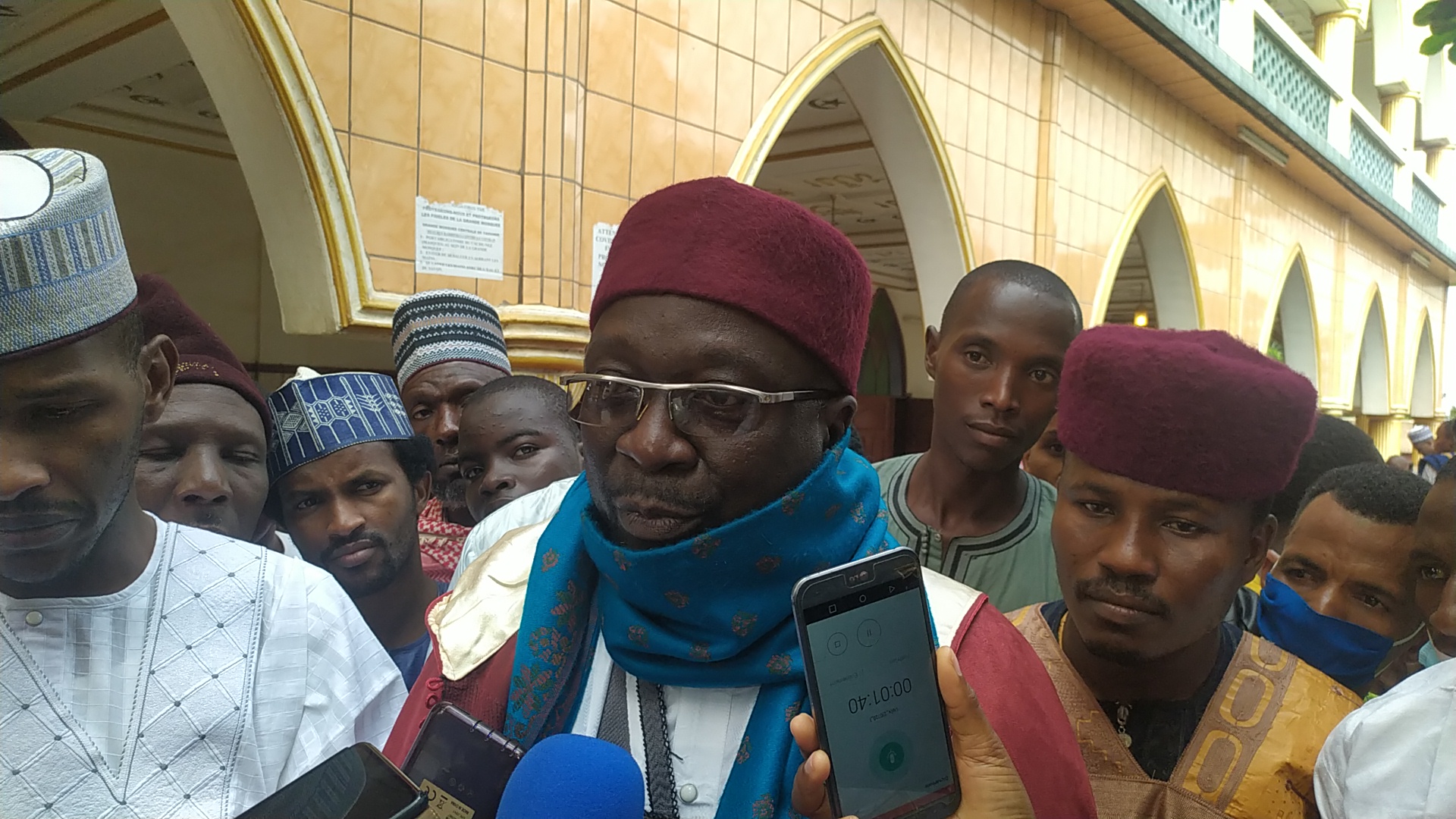 “Muslims should be agents of peace and scrupulously respect the institutions of the Republic. Islam is a complete religion that shuns racism, terrorism, insubordination, corruption, tribalism and vices against humanity”, Imam Mohaman Saminou

The muslim prelate further insisted that Islam is a complete religion that encourages social cohesion, religious tolerance amongst many other human values. 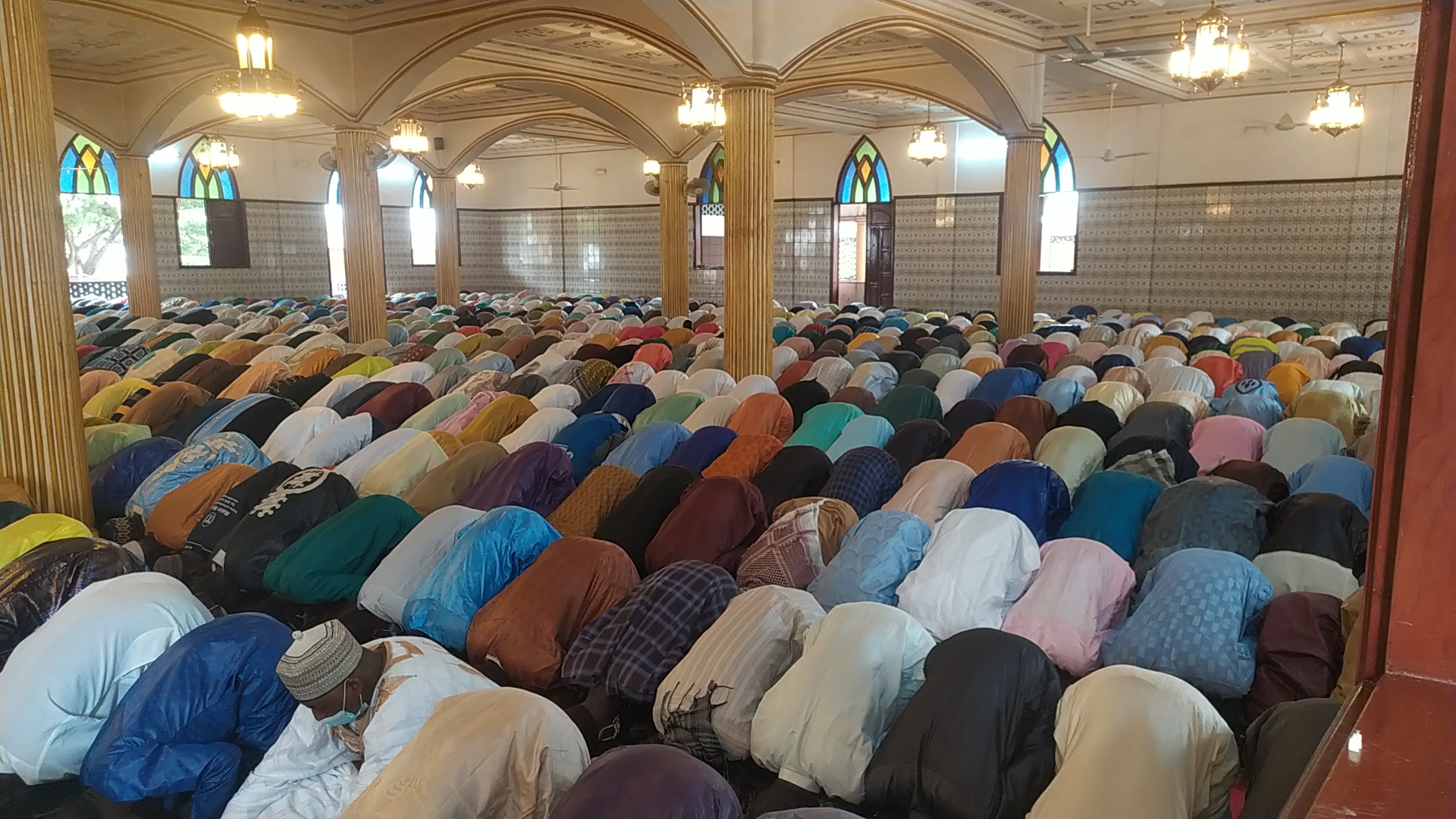 Many dressed in their best attires and women wearing attractive make-ups shared brief moments of love with fellow muslims before heading home for the festivities. 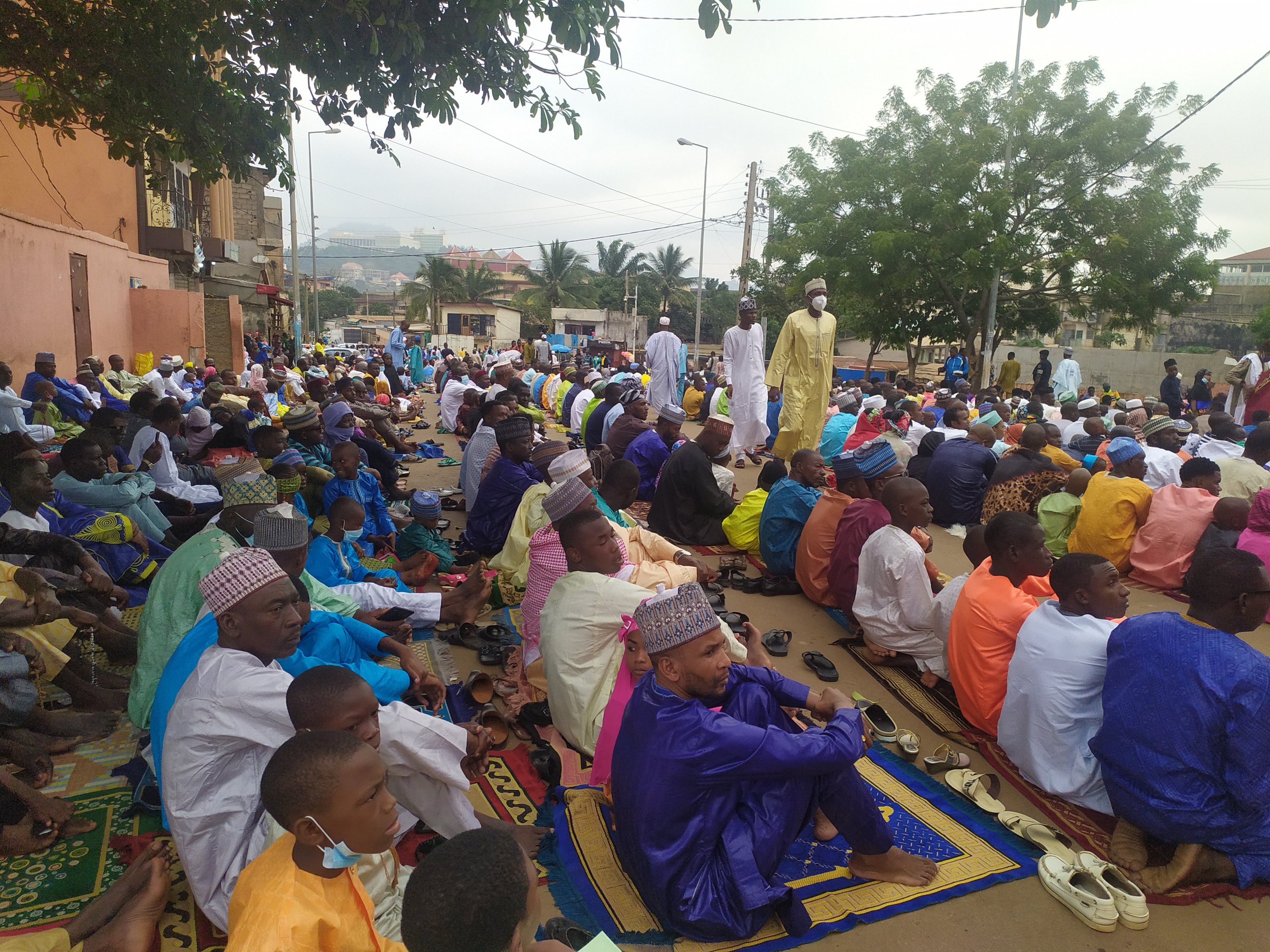 Infact, from the footpaths to the courtyard of the mosque there was no space, city dwellers faithful to the Islam faith were seated on their mats and carefully listening to the Imam chanting in arabic.

In the mosque, religious leaders from various religious backgrounds were special guests at morning prayer session.

The central Imam of Yaounde and other six regions, Usmanou Ahmadou Moukoko was present at the mosque amongst very distinguished personalities of the state