It is a typical modern football pitch with green grass, all goal posts set up, the tracings neatly marked, the reserved benches installed, the spectators and VIP seats are there, the lighting is just incredible and sound is just on point, infact the Olembe Stadium is not far from being one of the best football facilities in the continent. When you set foot into the main stadium, you are confused on what to see and where to quickly take photos. The colours are amazingly telling of a Cameroon, the green, the red and yellow designed allover the football arena.

The chairs set up a very long time ago and carefully arranged in various categories and zones are there waiting for the spectators and a match to be played already. Indeed, Olembe can play host to a match both at the national and international level without any fear of doubts. Away from the football pitch, Olembe Stadium plays host to one of the best dressing rooms already bearing CAF signatures. The rooms are sparkling and the only thing missing is surely jerseys and the players. 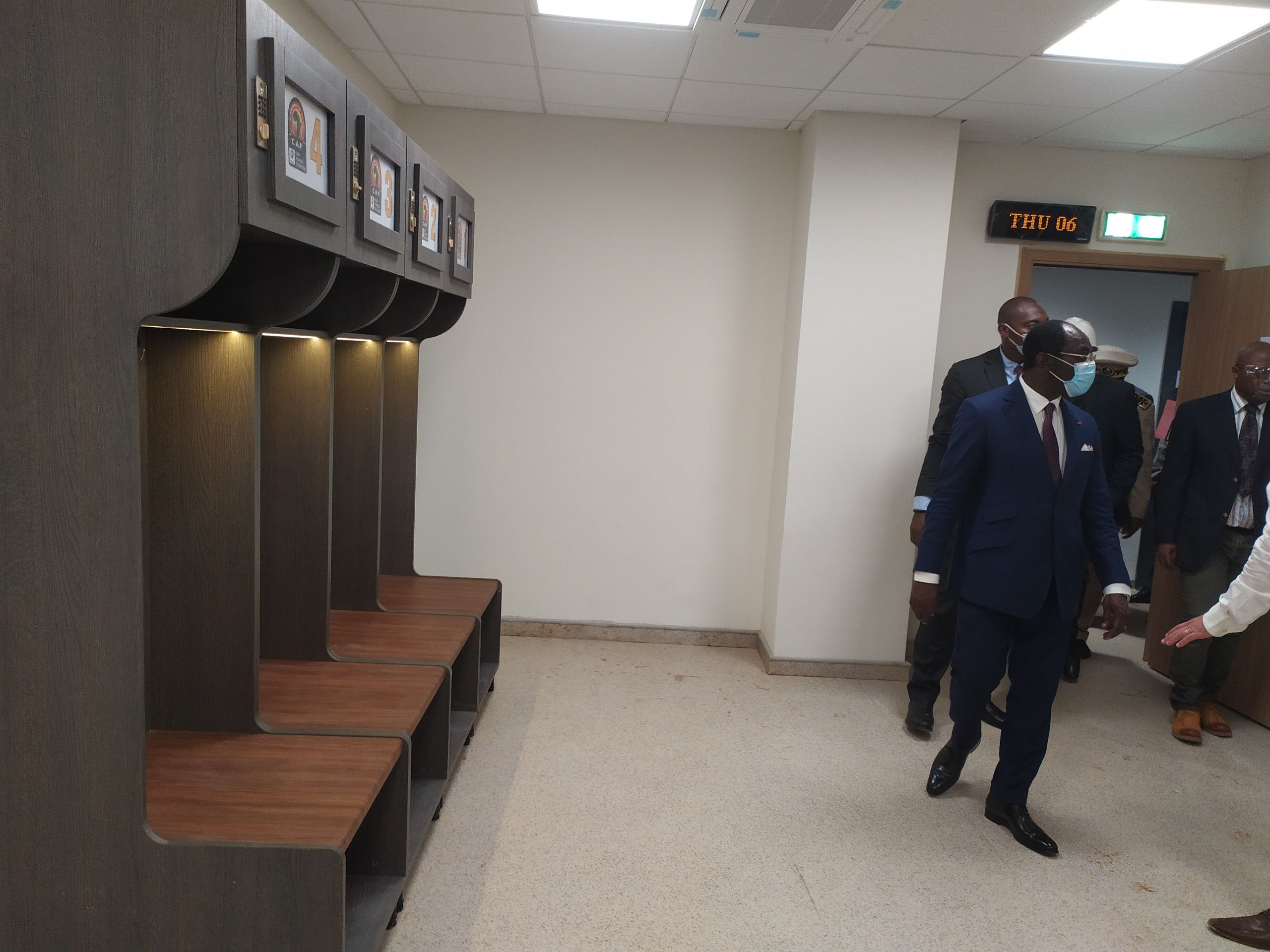 It is an ultra modern Television studio that catches the eyes. It bears some sophisticated studio equipment in colour and space. The CAF offices are good to go, surely, only the officials are still to occupy their various spaces that have been set up nicely with accompanying computers and various working materials. The 60.000-seater Olembe Stadium has an operating elevator that will ease movements when the time comes.

The Minister of Sports, President of the Organising Committee of the AFCON, COCAN in the company of the Site Supervisor, Governor Nasri Paul Bea amongst many top officials all put up broad smiles moving from one area to the others. It was a very happy Minister who made a stop at one of the operational ten cafeterias to grab a bottle of water after a very fruitful guided tour of the football facility. In very brief words, Minister Narcisse Mouelle Kombi said after fourteen days since he last visited the Olembe Stadium, a hundred changes have been observed from the outer space of the stadium to the pitch itself.

He recalled that the visit comes ahead CAF’s visit earmarked for early August, sometime before the AFCON Draw ceremony tp be organised in Cameroon on August 17, 2021 at the Yaounde Conference Centre in Cameroon. 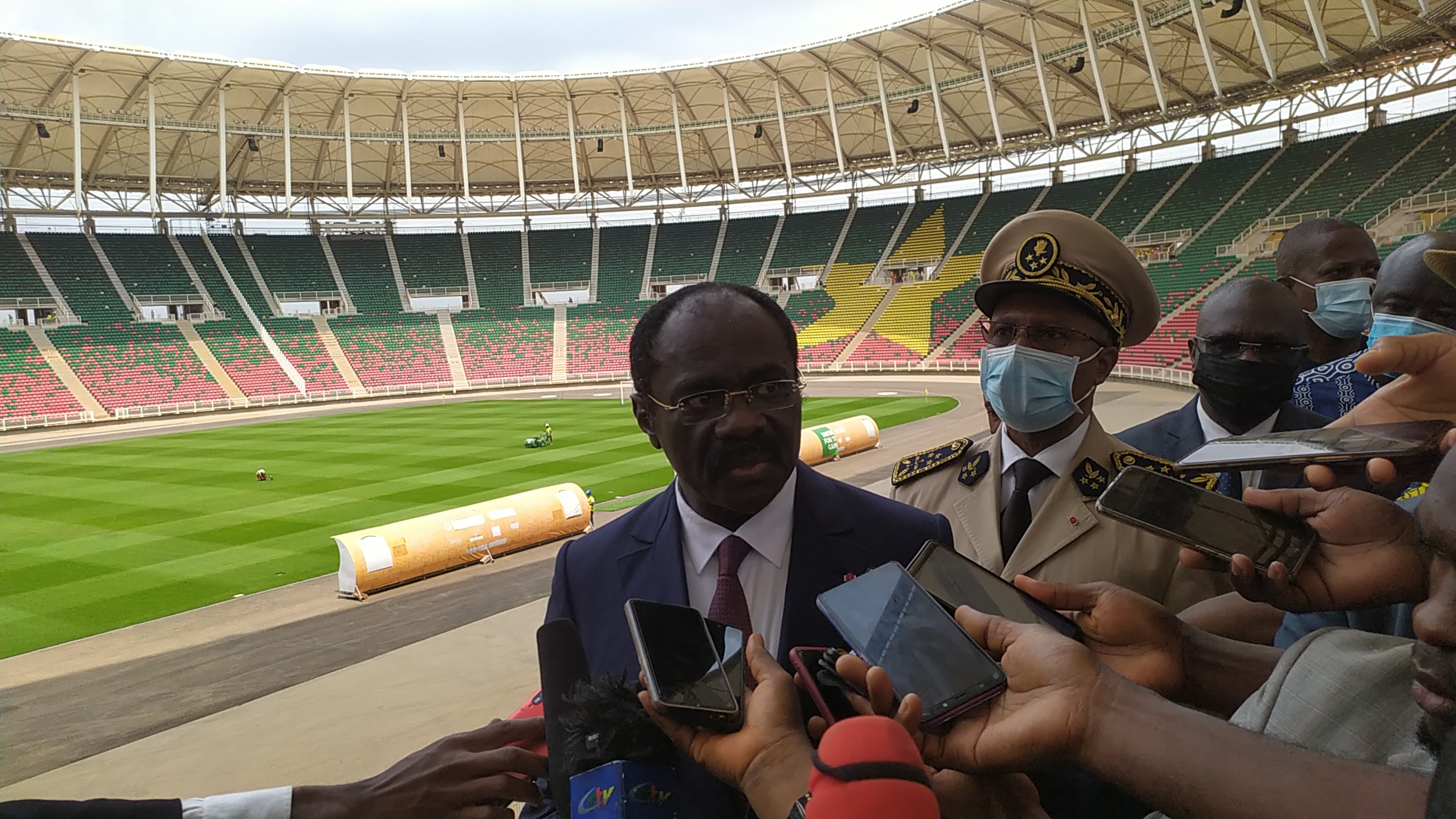 The Minister’s inspection caravan will be in Garoua, North region of Cameroon, one of the host cities of the 2021 AFCON this Saturday, July 31, 2021.

Just to note that a friendly match has been programmed on September 3, 2021 to test the functioning of the Olembe football jewel, one of the host pools of the upcoming African football bonanza to be organised in Cameroon in 2022.