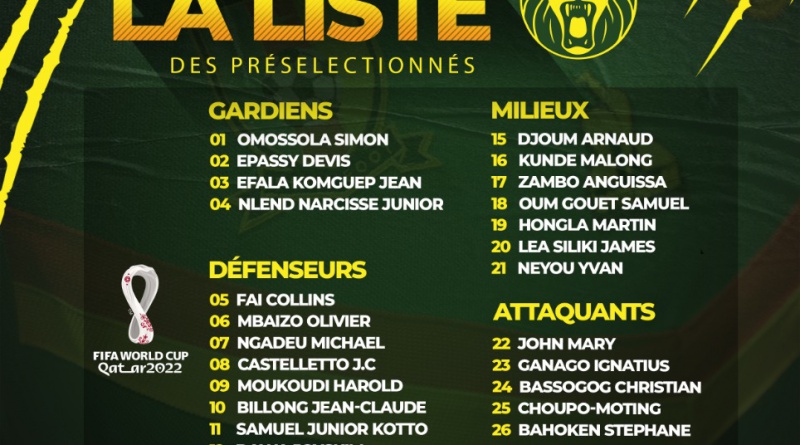 The Indomitable Lions of Cameroon will throw weights with Mozambique in a double confrontation billed for October 8 and 11 2021 in the second rounds of the 2022 World FIFA World Cup qualifiers. 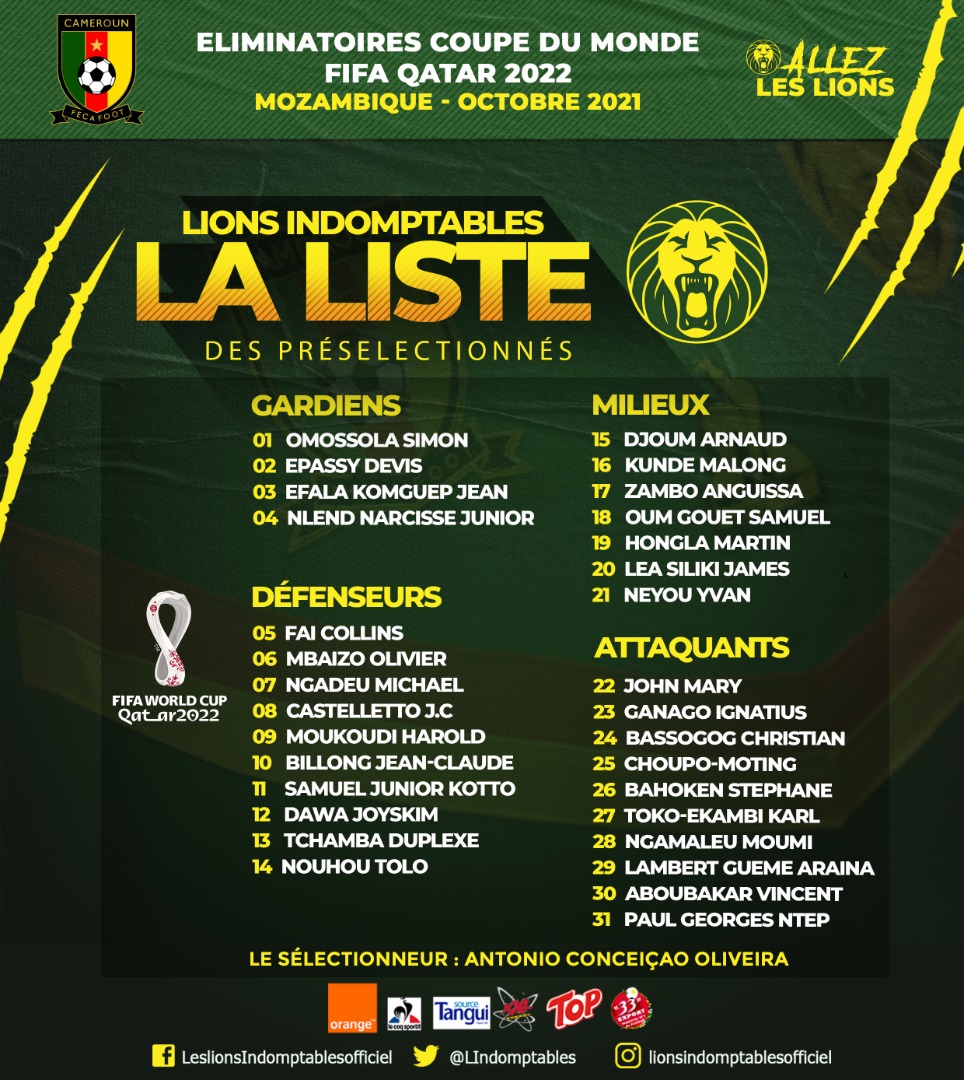 The away clash will be played at the 50.000 seater capacity Japoma Stadium that has played host to the international matches and was a host ground for the 2020 CHAN hosted by Cameroon.

The matches count on day-5 and 6 of the ongoing World Cup qualifiers scheduled to be fielded from October 4 -12th, 2021 across stadia in the African continent

Cameroon dropped from being leaders in Group D after losing to Cote D’Ivoire that is presently enjoying the superior stance with four points in two matches.

The next target for Cameroon will Mambas of Mozambique presently at the bottom of the table with one point after playing a draw game with Cote D’Ivoire and later falling off to Malawi.

Cameroon will surely go for a win against the Mambas when the come knocking on October 11. In case of a victory Cameroon will move to six points and stay in a comfortable space.

In the build up to the match, the Head Coach of the Indomitable Lions has called to camp 31 players this Tuesday, September 21, 2021 to train ahead of the crucial double confrontations.

Amongst the 31 players is young Samuel Kotto, a defender with an Elite Club in Cameroon, Apejes FC of Mfou.

On November 16, 2020 Cameroon humbled Mozambique 2-0 in the AFCON qualifier matches.