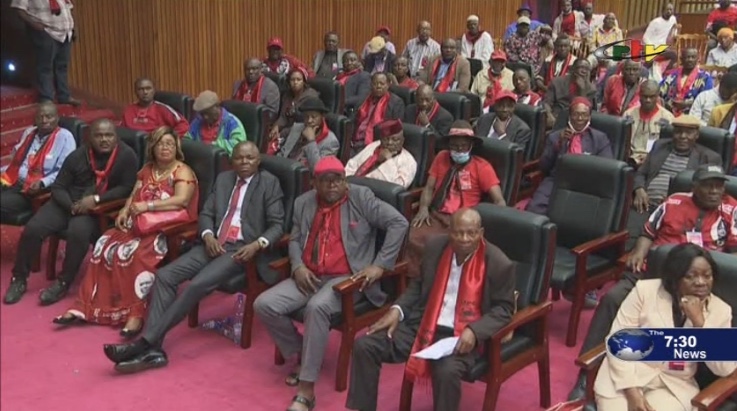 Party executives of the Union of the People’s of Cameroon ( UPC), have said they are rebuilding the party that has been rocked by countless internal wrangling, all over.

The decision was reached during the 8th congress of the party held from September 11-13, during which a new executive bureau was elected.

Headed by its Secretary General, Pierre Baleguel Nkot party officials say they are off to  a new era.

Seventy – three years after its creation, party officials say it is time for the party to bypass huddles and prepare for the Presidential elections in 2025.

“Reconciliation is a process. We need to make many people in the regions to join the party. We are currently putting in place a committee of reconciliation”.

Bah Akwen Nadiel, one is the spokesperson ’s persons for the UPC party said “today, we have decided to take the bull by the horns. The party is going for the quest for power”.

Party officials are also working on increasing UPC’s national representation. This will mean injecting new blood  into the party. The UPC regional Cordinator for the East, Dieudonne Medjo Kel, says they will comb the nooks and crannies of the country to get every potential and lost members on board.

“Today, we want to get back our militants at the legislative, municipal and every other level across the country”.

During the 8th congress, the status of the party was renewed with, 70% of youths and women actively involved.

The congress coincides with anniversary of the assassination of one of their founding fathers, Ruben Um Nyobe.