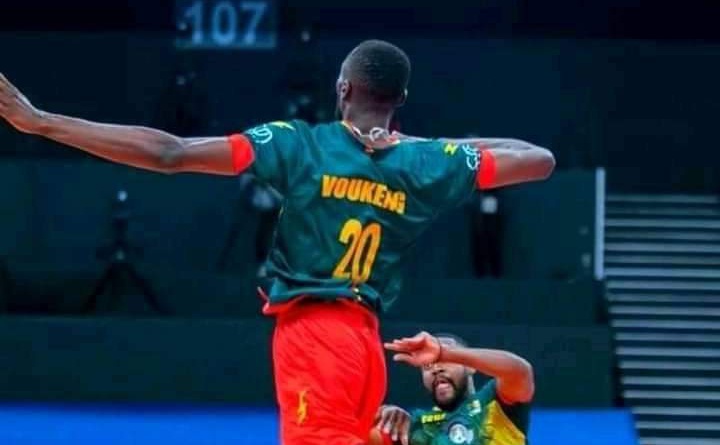 The Cameroon volleyball lions are through to the finals of the 2021 Africa Nations Volleyball Championship in Kigali, Rwanda after beating Morocco in tight 3-2 game.

The Moroccan squad started off strong by winning the serve balls and dominating the first set with just a little contention from the Cameroon team.

A lot of misguidance and lack of focus surged the lions into failure in the first round costing them the set with a 25-15 lose, the lowest score for the game.

After correcting their service issues, the lions came up in a stronger position to edge the Atlas Lions of Morocco in the second set with a 22-25 win.

The intensity of the match even grew more as the Moroccan men proved dominant over the Cameroonian squad in the third set with a humbling 25-21 defeat.

The Cameroon Lions’ determination to win kept them in the game, despite attempts by Morocco to dominate the fourth set to win the match, Cameroon shattered the hope by improving on their defense and spikes which earned them a 17-25 win.

This leveled the score at a 2-2 win, then came in the tie breaker to determine who sales through to the finals of the competition.

Cameroon stood its ground and won the set with a 13-15 score, shattering any hopes for Morocco to go to the finals.

Cameroon ended up victor of the first semifinals game winning the match 2-3.

Morocco’s top achievement in the discipline was the third spot in 1976, 2013, and 2015. Tunisia, the reigning champions, has the most titles in the competition, 10 titles followed by Egypt 8 titles.

Cameroon being in the finals qualify them for the 2022 World Cup to take place in Russia.