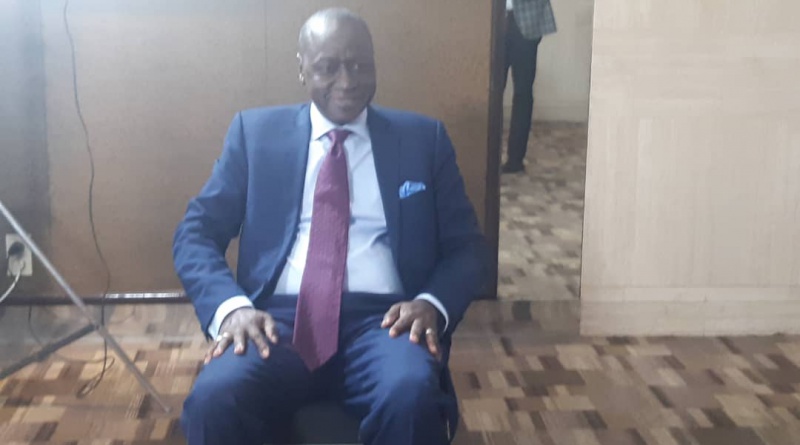 The Cameroon – World Bank cooperation portfolio worth about 100 Billion CFA F came under review during the meeting in Yaounde.

The meeting attended by the World Bank Vice President for West and Central Africa, Ousmane Diagana and Minister of the Economy, Planning and Regional Development, Alamine Ousmane Mey examined cooperation between Cameroon and the Group.

The evaluation is in line with the strategy of the World Bank Group to establish a new social contract between citizens and states of West and Central Africa.

The meeting has focused on 15 projects in their cooperation portfolio estimated at 100 billion CFA Francs obtained from the extended credited facilities of International Monetary Fund as concessional loans.

The projects in the portfolio are in various sectors including:
– Energy
– Transport
– Health
– Education
– Safety nets

They are designed to close inequality gaps and remove the population from poverty traps.

The evaluation is taking place within the frame work of the four day working visit of the World Bank Vice President for West and Central Africa in Cameroon. The visit will be marked by the signing of another concessional loan of over four billion CFA F to fund women’s empowerment, education, the Cameroon – Chad electricity interconnection network and investments in the Benoue Valley.

The visit comes as a follow-up to the finalisation of the World Bank Group strategy for west and central Africa that focuses on:
– Job Creation
– Strengthening the human capital
– Building climate resilience

One of the major projects in the energy sector financed by the concessional loans is the Lom Panger Hydroelectricity Power Plant which since 2018 generates an additional 894 Megawatts of electricity per hour.

The project to ease transport and transit along the CEMAC corridor and improve sub regional trade is also being pushed through via the Cameroon – World Bank Group cooperation.
Improving equity and access to health care and quality education

Some 54 thousand household who are amongst the poorest have benefited from the safety net project of the World Bank.

At the close of the four visit of the World Bank Vice President for West and Central Africa another concessional loan agreement of at estimate 4 billion CFAF is expected to be concluded.

It will be invested in ongoing projects in the Benoue Valley in the North region, supporting the education sector, setting up of job incubators and the implementation of the Cameroon – Chad electricity interconnection network.