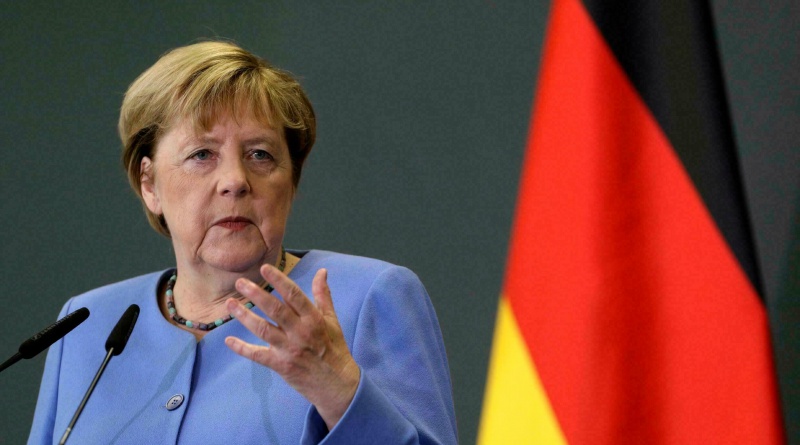 Germany’s Chancellor, Angela Merkel will be stepping down after 16 years at the helm of Europe’s biggest economy.

It was a narrow win over Angela Merkel’s conservative Christian Democratic Union (CDU), many say suffered its worst performance ever in an election.

Olaf Scholz is now expected to form a new government that will rule the country for the next four years.

67-year-old Angela Merkel had announced in 2018 that she will not seek a second term at the end of her fourth term .

It is the end of an era; the Angela Merkle era. Germany will bid farewell to the Chancellor they have named  “The Crisis Chancellor “.

Who is the Crisis Chancellor ?

Angela Merkel is Germany’s first female chancellor, now getting ready to to step down from office.

But she will continue to lead the country till a coalition is formed , sometime in December.

She has been at the helm of Europe’s biggest economy for 16 years.

She would later narrowly win the 2005 election, and lead a coalition government of the Christian and Social Democrats.

Three years later, the global financial crisis hit economies across the globe, Germany was not an exception . Angela Merkel is known to have tactfully faced  the 2008 crisis . She brought peace to the troubled Germans, stating that “Your savings are secure, the federal government guarantees that.”

When the Syrian crisis triggered a mass exodus from the Arab country 2015, Merkel opened her country’s doors to the refugees. At a time when other European countries were hesitant to receive the large numbers of refugees, the Chancellor told her countrymen “We will manage this, and if something stands in the way, it must be overcome.”

Germany eventually opened her borders to an estimated 1.2 million refugees in about 1 and a half year.

Angela Merkel is also said to have  led a response to the #COVID19 pandemic that put Germany ahead of other European countries struggling with the pandemic.

Germany’s longest-serving Chancellor has been repeatedly named among the world’s most powerful women. She has successfully led the country through challenging times.

She will always be known as the “Crises Chancellor” even after she leaves office. However, Germany will have to get used to the new Chancellor, currently in the making.