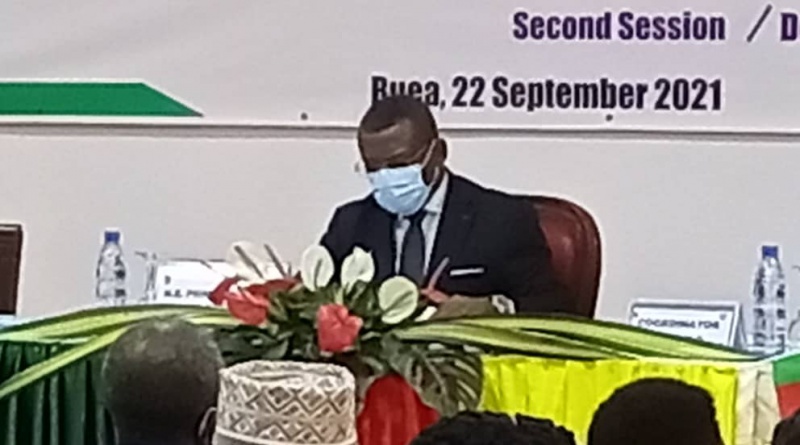 The populations of the South West and North West regions have been invited to contribute to the restoration of peace and the pursuit of economic recovery by supporting all measures taken by the government.

The call was made by Prime Minister – Head of Government, Joseph Dion Ngute in Buea as he opened The Second session of the committee to follow up the implementation of recommendations of the Major National Dialogue.

Both statutory members of the committee and guests from different parts of the country attended the session Organised at the National School for Local Administration, which comes a year after the holding of the first.

Progress made so far was examined and strategies to speeding up the putting in place of post Dialogue reforms were devised.

In his opening remarks, Prime Minister Joseph Dion Ngute, chairperson of the committee said enormous progress has been made to address the grievances expressed in the North West and South West regions since the holding of the major national dialogue. He all said the committee to follow up the implementation has been making strides since its first session in September 2020.

The members of the committee continued deliberations on the specific measures taken to implement recommendations of the Major National Dialogue. 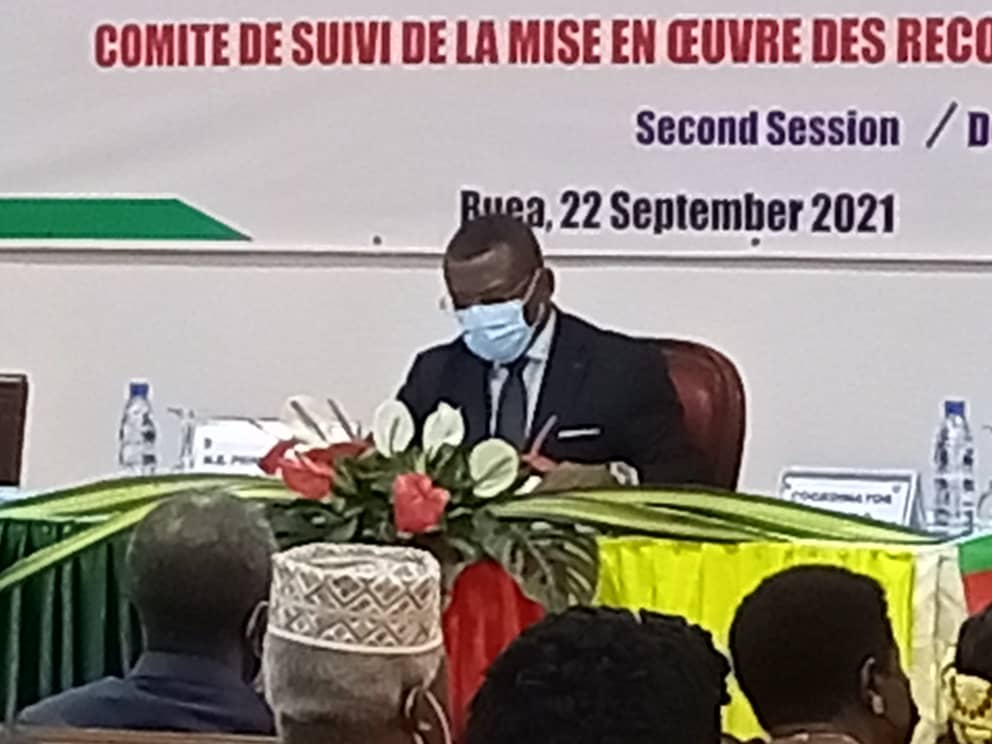 After the session, Prime Minister Joseph Dion Ngute made a declaration to the press in which he disclosed that efforts shall be stepped up to increase communication and education on the measures taken by the President of the Republic since the holding of the Major National Dialogue.

The Path to Recovery and Development

The Head of Government appealed to the populations of the two regions to collaborate in ending violence in order to help the trend of economic recovery which is gradually being recorded in the North West and South West.

The second session of the committee to follow up the implementation of recommendations of the Major National Dialogue has highlighted some of the achievements made to ensure a return to normalcy in both regions including: the granting of the special status, the recruitment of bilingual teachers, the creation of the presidential plan for reconstruction cited as genuine examples of attempts to address the situation. Prime Minister Joseph Dion Ngute said everyone must play their role in the two regions to end the violent killings, and the atmosphere of insecurity. For the efforts towards improved school attendance, social cohesion and economic recovery be sustained and popular support of the measures taken by government is necessary to create the expected impact.

During the opening ceremony, the mayor of Buea Barrister David Mafany saluted the measures taken by the government so far to address the crisis. He appealed to the populations of the North West and South West to silent the guns and give development a chance.

The holding of the Meeting in Buea has raised hopes of better times ahead for a population which is eager to see things return to normal.