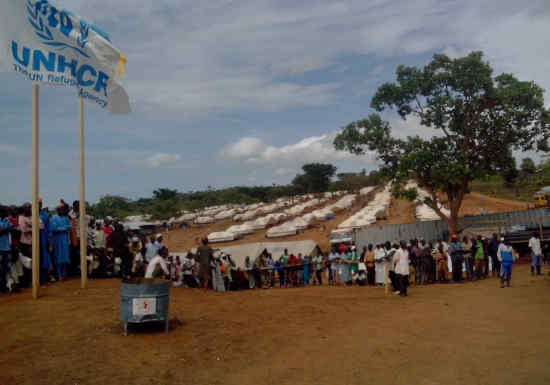 Cameroon’s Minister of Territorial Administration, Paul Atanga Nji has reassured some 19,000 refugees in some localities in the Adamawa region of government’s resolve to ensure their well being during their stay in the country.

According to UNHCR reports, 12,000 refugees are hosted in a camp in Borgob and 9,000 others in the Ngam refugee camp in the Djohong subdivision, Mbere Division in the Adamawa region from the Central Africa Republic.

The Senior Emergency coordinator for the UNHCR there, Seybatou Aziz Diop said the basic needs the refugees should benefit from is access to education for the children.

He also evoked the need for the access of of opportunities in which the refugees can sustain themselves.

Minister Paul Atanga Nji conveyed government’s message of gratitude to all those working in the different sites to ensure the well being of the refugees.

The minister warned the people about the surge of the coronavirus victims nationwide and urged them to heed to the preventive measures outlined by the government and The WHO.

He called on those who fall within the vulnerable groups to ensure they are vaccinated.

Paul Atanga Nji also beaconed on the refugees to show appreciation to their host country Cameroon for the hospitality directed towards them.

The territorial administration boss said when the time comes for the refugees to go back to their country, those who show readiness to move back to the Central Africa Republic will be given the necessary support to go back.