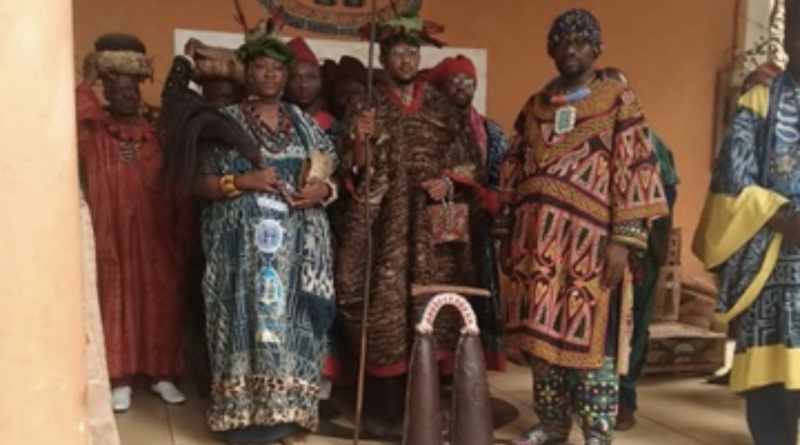 His Majesty Mouhamed Nabil Nfonrifoum Mbombo Njoya is the new Sultan of Bamouns. He was made king on October 10, 2021, at the age of 28, becoming the 20th monarch of the grassfield community of Bamouns in Cameroon

Confirmed by the council of nine notables , he left his post in the public administration following his enthronement. He is 20th of the Nchare Yen dynasty. He is just 28 years old succeeding his father, Ibrahim Mbombo Njoya as the new Sultan King of the Bamouns.

He previously served as a Civil administrator, he was head of the legal affairs department of the Governor of the South region. A function which depends on the Ministry of Territorial Administration.

Nabil Mbombo Njoya is said to be rather a discreet young man who does not appear like he belongs to the royal family. He was born on August 9, 1993, a year after his father’s accession to the throne in 1992.

He graduated from the National School of Administration and Magistracy (ENAM) in the Department of Economy and Finance.

Sultan Nabil Mbomboh Njoya will have to quit his public service role and focus on ruling the Bamoun Dynasty.