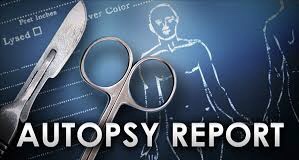 Results of an autopsy performed on late Hilaire Ayissi, on October 11 in Yaounde show that his internal organs are all in place.

The autopsy was performed in the presence of the late 22-year-old’s family, the family’s medical examiner, public health officials and judicial authorities.

Hillaire Ayissi died on September 16, after he was stabbed with a knife on his left lower  back. His mortal remains were kept at the mortuary of the Yaoundé Central Hospital, but on the day of his coffining, his family said some doctors in the health facility has taken out some of his internal organs to be used for commercial purposes.

During a meeting with the Public Health Minister, Dr. Manaouda Malachie on September 24, the family said the circumstances surrounding their son’s death were not clear. They expressed hoped that the autopsy will provide answers to their questions.

The autopsy was initially scheduled to be performed on October 1, but reports say the family of the deceased, alongside the family’s medical examiner did not show up on grounds that they were not yet ready.

Accordingly, health  personnel of the Yaoundé Central Hospital, officials of the Ministry of Public Health, the judicial police and the State Council postponed the autopsy to October 11, after waiting for the family for several hours in vain

The results of the autopsy come to salvage the image of the staff of the Yaounde Central Hospital and the Director, Prof. Pierre Joseph Fouda who has  been accused of trafficking human body parts.

Arguments surrounding the death of 22-year-old Hillaire Ayissi can now be laid to rest as the family prepares for his burial.