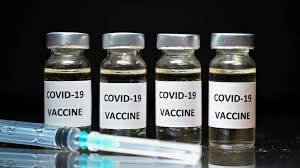 Centre: Rural Women’s Day activities Okola.
More than one hundred women in Okola in the Lekie division have benefited from a free screening for breast and cervical cancer.

The activities in prelude to the International rural women,s day also featured a football tournament.

The activities organised by Anne Virginie Edoa seeks to improve on the wellbeing of rural women.

North West: The day of the girl child focus on educating girls to prevent sexual harassment

In the north west region, reports of recurrent sexual assaults on young girls by family members, friends and neighbors has urged many parents and guardians, to open discussions on sex related topics with their children at very tender ages.

Women’s rights activists in the region encourage people to speak up and denounce cases of abuse.

The Governor of the East Region, Gregoire Mvongo has restricted personnel of public and para public services, who have not been vaccinated against covid 19 from gaining access to their places of work.

The decision which was signed on Friday October 8th was implemented this morning in some structures under the watchful eyes of the Governor.

Sympathizers of the CPDM Ocean North West wing in Bipindi have thanked the national chairman of their party, for the tarring of the national road number 23 from Yaounde to kribi passing through Olama.

This was during a meeting organized by the section president Etienne Nguon in Bipindi, that saw the presence some elite of the locality.

They equally requested by reaffirming their total support to the man of the new deal, for the amelioration of the living conditions of the population in Bipindi.