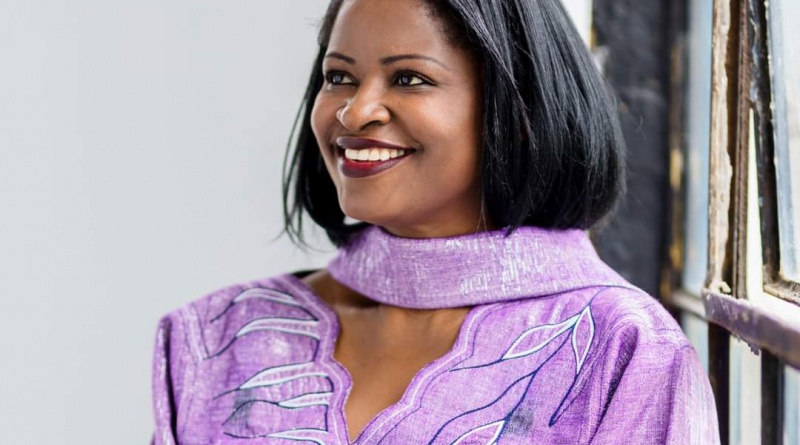 Cameroon is once more making news on the international scene as Cameroonian-born Amina Gerba has been sworn in as a Senator in Canada.

The swearing-in ceremony took place this November 22, 2021 during the opening of the 44th Canadian Parliament. 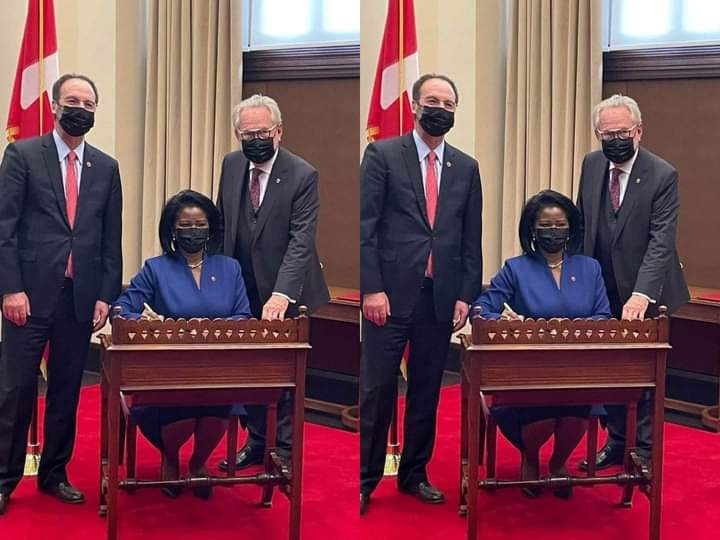 Welcome to the Senate, Senator @amigerba.

Amina Gerba was appointed on July 29, 2021 by the Right Honourable Mary Simon, as Independent Senator of Parliament for the Senatorial Division of Rigaud.

Who is Amina Gerba?

Born on March 14, 1961 in Bafia Cameroon as Amina Nleung-Abah, Amina Gerba is an entrepreneur.

She moved to Canada to settle about 35 years ago and has been in the field of entrepreneurship for over 25 years.

She is the 18th child in a family of 19 and the only girl in her family who went to school.

Amina Gerba and her husband, Malam Gerba moved to Quebec, Canada in 1986 where she obtained a Bachelors Degree in Business Administration in 1992 from the Université du Quebec à Montreal.

She later obtained her Masters in Business Administration in 1993 from the same institution.

Amina Gerba seems to be a square peg in a squate hole as she has held many positions in Canada.

Her work towards linking up Africa and Canada economically has earned her the title “Ambassador for Afro-optimism”.

After working for Canadian companies between 1993 and 1995, Amina started her consulting firm, Afrique Expansion Inc, to build bridges between Canada and Africa, while encouraging business opportunities.

She also created and managed the beauty businesses, Flash Beauté Inc and Kariliss Laboratories Inc with the Kariliss brand being the world’s first shea butter product to earn organic certification. 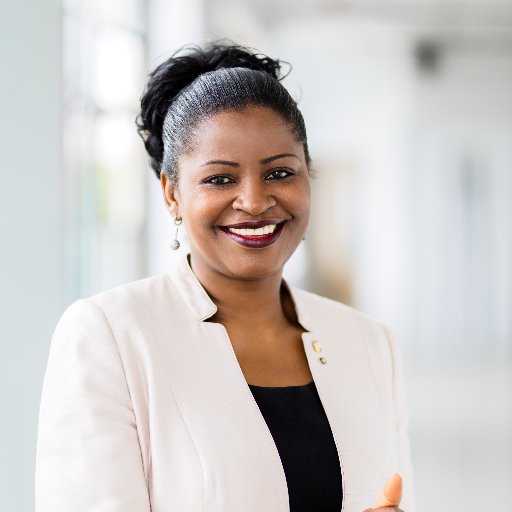 Amina is member of the of the Canadian Council on Africa and the African Business Roundtable.

She is also a member and former President of the Rotary Club of Old Montreal and Mentor for the Network of African Entrepreneurs and Professionals.

She is also the President of the Board of Directors for Entreprendre Ici.

The prolific entrepreneur was Knight of the National Order of Quebec in 2014, Business World Personality of the Year at the Gala Dynastie in 2018 and the Entrepreneur of the Year in 2010. She has once been ranked as one of Quebec’s 25 most influential women by the newspaper, Les Affaires.