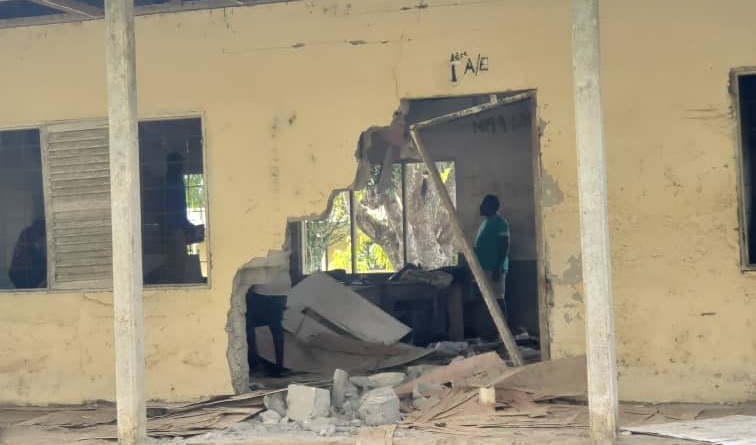 Cameroonians are yet to recover from the isolated cases of school child caught in the crossfire when an attack targeting a school is reported.

With the teacher, Mahga Waiken Celestine Fien in her own pool of blood in front of her students, the unidentified gunmen continued firing on the classroom targeting students; three died on the spot while the fourth died on the way to the Regional Hospital in Limbe.

An improvised implosive device also hit one of the classroom. The other injured students were transported to hospitals in Limbe and Ekondo Titi.

According to the Regional Delegate for Secondary Education for the South West Region, Dr Mbua Hannah Etonde, the school was gripped by shock and panic where they heard a gunshot.

The scared students, teachers and administrative staff all ran out of their respective classrooms and be offices only to notice that the Teacher who was giving French lessons in Form Two was on the floor dead.

The Divisional Officer of Ekondo-titi, Aboloa Timothe explained that the incident occured at about 7:50am. He said four injured cases were taken to a health facility in Ekondo Titi were two severe cases were transported to Limbe but one died and the other is responding to treatment.

The D.O held a crisis meeting defence and security officials and heads of Educational establishments including the principal of GBHS Ekondo Titi. At the end of the meeting security and defence forces were deployed to the field to secured the area and track down the authors of the barbaric acts.

The corpses of the teacher and students have been taken to the Regional Hospital Mortuary in Limbe.

The Divisional Officer assured the education stakeholders that measures have been taken to ensure that the teaching and learning process is not interrupted.

The National Coordinator of the Presidential Plan for the Reconstruction and Development of the North West and South West Regions, Paul Tasong has condemned the killings that come at a time when effects are on the ground to rebuild the regions.

Women advocacy groups and other civil society organizations have also expressed outrage at the attacking targeting students and teachers in school.