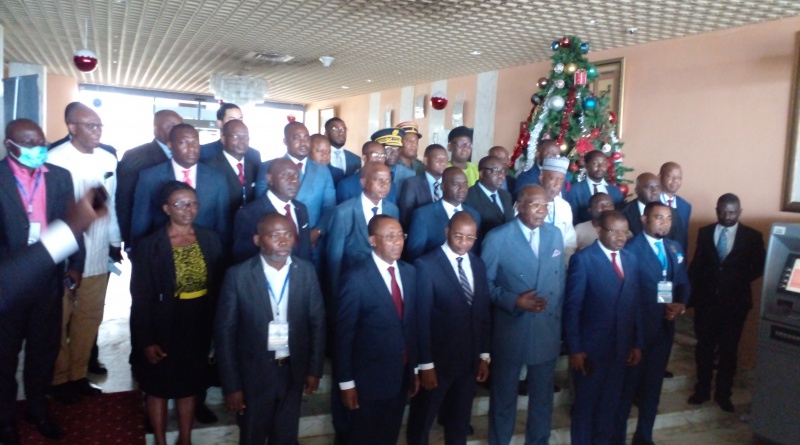 Experts from Cameroon, Angola, Central African Republic, Democratic Republic of Congo, Congo and Gabon are discussing ways of reinforcing the fight against fraud and smuggling of diamonds in Central Africa.

This is at a three-day workshop in Yaounde under the banner of the Kimberley Process Certification System.

The Minister of Mines, Industry and Technological Development, Gabriel Dodo Ndoke chaired the ceremony to open the workshop this December 20, 2021.

During the opening ceremony, the Minister of Mines emphasised that the workshop has a major objective, coming up with a formal strategy to fight fraud and contraband deals in diamonds across Central Africa, the Democratic Republic of Congo and Angola.

Minister Gabriel Dodo Ndoke indicated that the control system has to be fortified and unified.

The Minister of Mines of the Democratic Republic of Congo re-echoed this assertion.

On his part, the Chair of the Kimberley Process Working Group on Alluvial and Artisanal Production, Maurice Miema is at this workshop with some proposals.

First, he insists that the existing institutions should be reinforced in member countries.

Secondly, Maurice Miema highlights the importance of networking and exchnage of information between member countries.

Moreover, the Work Group Head says a whistleblowing system should be established. In this regard, he says member countries should effectively cooperate on incidences in their countries so as to dismantle all fraud and smuggling networks since they usually operate in partnerships.

At the end of this three-day encounter, participants are expected to amongst other things, come up with a database of actors and fraudsters in the diamond production chain and identify priority actions to implement.