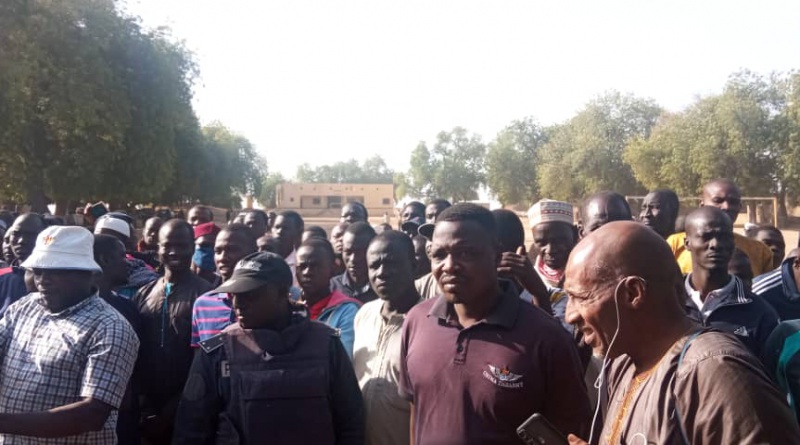 The Presidential Couple has extended condolences to victims of the Community conflict in the Logone and Chari Division, North Region.

The Governor of the North Region, Midjiyawa BAKARI brought the condolence message to the victims.

He was on a peace mission to calm the tensions which had escalated following a tussle between farmers and graziers over pasture space. Eleven people lost their lives : six Arabes and five Mousgoums. Several others injured are currently responding to treatment in hospital.

About 180 shops have been brought down by flames in a market in Abong Mbang, East region of Cameroon. The fire reportedly began around 5am on Tuesday December 5.

Preliminary findings show that a short circuit problem caused the fire. No human live was lost, but the material damage is enormous.

Governor of the Centre Region educates public on sanitation

The Governor of the Centre Region, Nasare Paul Bea has educated some Yaoundé inhabitants on why sanitation must be upheld, especially during the upcoming AFCON 2021 to take place in January 2022.

He had a first hand experience of urban disorder, perpetrated by occupants of pavements and other public spaces as he toured some parts of Yaoundé on December 7. Governor Nasare Paul Bea admonished the population to respect government instruction or be brought to book.