Cameroon’s Indomitable Lions are the first team to qualify for the knockout stage of the 2021 Africa Cup of Nations after two straight win. Their record lashing of the Walias of Ethiopia by 4-1 confirmed their hegemony in Group A.

Three straight wins, in three matches played since the construction of the Paul Biya Olembe stadium is a record for the Indomitable Lions.

Their determination to do more was made manifest during their second AFCON group game against the Walias of Ethiopia where they conceded an early but came back to level score and win the game with a wide margin of 4-1. In the second match in group A, Burkina Faso prevented Cape Verde’s dreams of a direct qualification by inflicting them a 1-0 defeat.

According to results of the second playing day in the group, only Cameroon has qualified to next round while all the other three teams still stand a chance.

Cameroon tops the group with 6 points, six goals scored and two conceded and have automatically secured their place at the 8th finals pending day 3 matches. Burkina Faso and Cape Verde both won one of their two matches and have three points each.

Bottom place Ethiopia with no point after two defeats have conceded 5 goals in two outings, scoring one. They still stance a chance to defend their honour as one of the three founders of the AFCON and one time cup holder during the third and final playing day in the group stage. 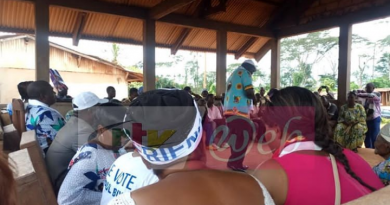