Head Coaches of Tunisia, Mauritania, Gambia, and Mali have all faced the local and international press media men and women hours before their first ever Group F matches at the Limbe Omnisports Stadium in the seaside town of Limbe in the South West region of Cameroon 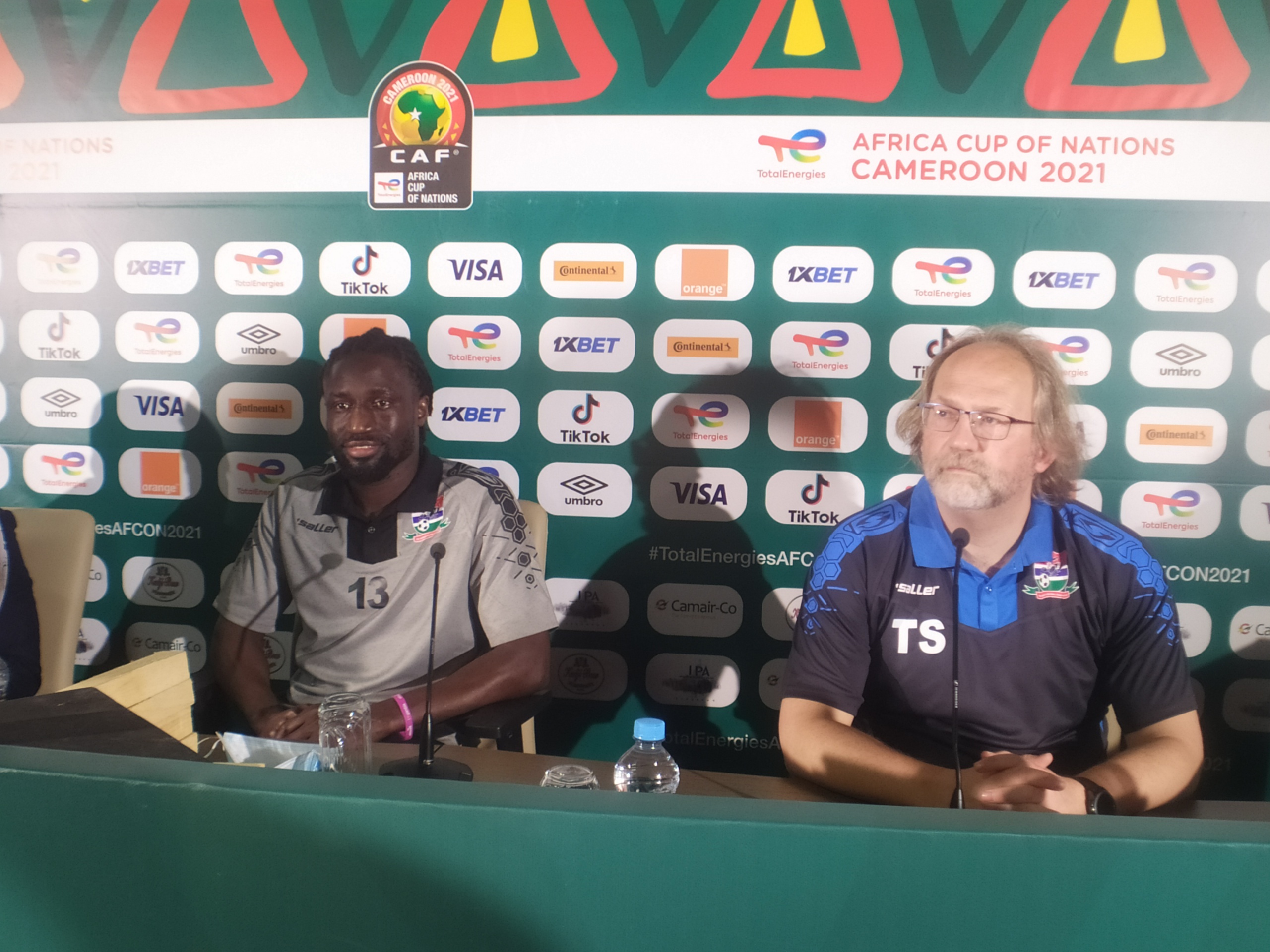 First among the four football tacticians was the Coach of Tunisia, second time participant at the big continental football jamboree. Mondher Kebaier described her opponent, Mali as a team full of talent and potentials.

“Tunisia has a good history in football, statistics have proven, we have quality and we have the objective of going through. Mali is full of talent and it is for us to put in an extra effort in the game tomorrow”, Coach of Tunisia, Mondher Kebaier The accompanying player, Defender Motasser Talbi vividly remembers their unfortunate outing at the 2019 AFCON, a situation they intend to adjust this time around in Cameroon

“In 2019 we were a semifinalists but lost to Senegal, we have been working soo hard again for the past three years plus we were finalists at the Arab Cup against Algeria though the won. Tunisia is well armed and we have the statistics in our favour. Mali is good but we are certainly better”
Tunisian Defender, Motasser Talbi. 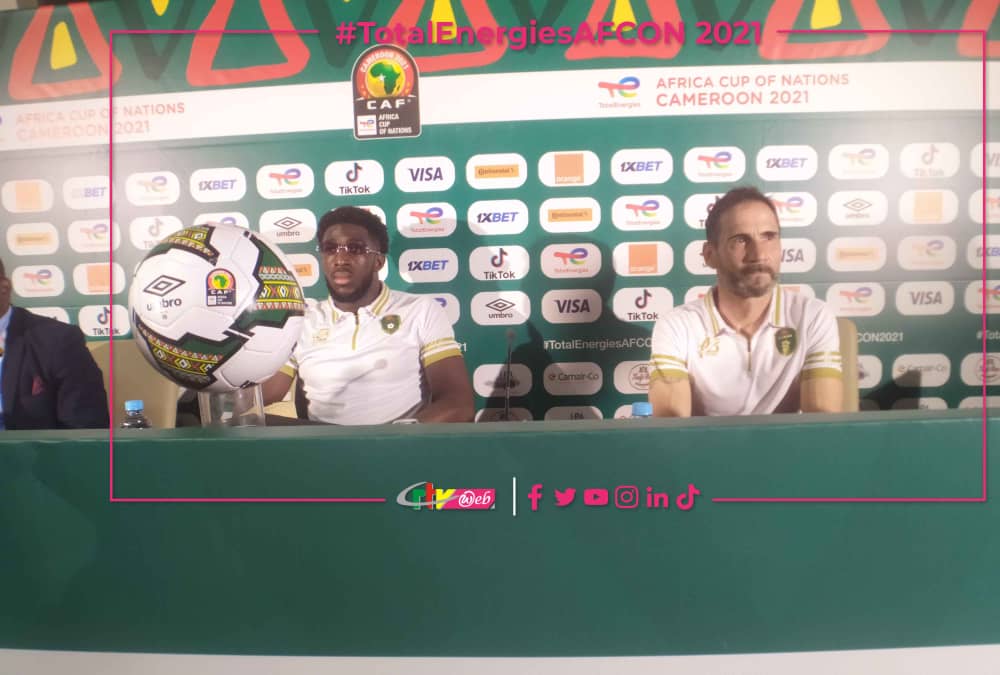 The Mauritanian football coach noted that he was very satisfied with camping of his team in Saudi Arabia, a period that was marked by cohesion, solidarity, unity and fraternity in the camp.

Though Mauritania has not being a regular at the AFCON, Didier DaRossa emphasized that football has advanced progressively in Mauritania since the country’s first participation at the AFCON in 2019 in Egypt.

He sees the Scorpions of The Gambia as a treat in the Group though many described them as underdogs. To him, Gambia is a good team and will surely cause upsets in the group and in the competition “My team is not surely a favourite in Group F, football in Mauritania is progressing and the authorities are doing everything possible for the growth. My squad is made of mostly local players but fighting spirit and are ready to reach the 8th finals of the ongoing #AFCON2021”.

On his heels came the debutant, Scorpions of the Gambia. Coach Tom Saintfiet was accompanied by Captain Pa Modou Jagne who says its a privilege for them to fly the colours of their country in such a big footballing event In very clear terms, the Head Coach accepted he leads a team little known to Africa and the world when it comes to football. A team he described as the worse at the moment according to FIFA classifications but then he is optimistic and notes that it is the past and the present objective is to win and advance.

“It is not bad to say Gambia is the underdogs in the group with the worse ever ranking by any team that ever participated at the AFCON. We have not played in tournaments but Tunisia, Mauritania and Mali have done that and are better placed that us but that will not hold us down”, Tom Sainfiet

He added “We had very difficult training in Qatar, but that is in the past. Gambia is a football country though with just a population of two million but with fantastic players, coaching staff and brilliant. Though new here at the AFCON we are ready to raise the flag of the beautiful country in the continent and the world. My dream is to make Gambia a footballing nation”.

Malian man, Mohamed Magassouba in a very calm and collected manner insisted that though he has the youngest squad in the tournament, he is in Cameroon to take the team even to the final game ” We are ready for everything, we are not scared of teams tagged favourities because football is a very interesting game and must play for ninety minutes for the winner to be known and in the course of that many changes must have been noticed in the game”, Coach of the Eagles of Mali.

Hamari Traore on his part told men and women of the press that calm and serenity reigns in their base as time dies down to the highly awaited clash between Mali and Tunisia on Wednesday, January 16. Mauritania will later clash with the Scorpions of Gambia in the second Group F match of the day.

Just to note that Mali and Tunisia have had five confrontations with Tunisia winning twice same as Mali and both teams settling for a tie.

Two East African states of Mauritania and Gambia have registered twenty clashes at every level, Mauritania won five times, lost eight times and the rest of the outings ended in stalemates. The President to speak: The nation waits in eagerness 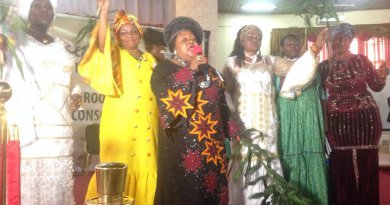 Socio-political crisis: women in Cameroon unanimously call for an end to violence