Lodged at the Limbe Omnisport Stadium and in Group F of the AFCON, the Carthage Eagles of Tunisia and the Eagles of Mali have proven to be the heavyweights in the camp ahead of first timers the Scorpions of Gambia and two-time participants, Lions of Chinguetti. Tunisia is one of the countries with the most experienced coaches when it comes to African football. Head Coach, Mondher Kabaier took up the top job with the Tunisian national team in 2019 but before the former football defender worked as coach with Esperance de Tunis, Etoile Du Sahel, AS Marsa, AS Djerba and CA Bizertin and many other African professional clubs. The Eagles of Mali is not new to the continental football bonanza. The west African team though still to grab the AFCON trophy one day, is the 53th best ranked according to the December 23, 2021 rankings.

Mali is coming to Cameroon for the 12th time since the Africa cup of Nations was fielded for the first time in 1957 in Khartoum , Sudan. Mohamed Magassouba’s crew ended up as runners-up in 1972. They are yet to qualify for the FIFA World Cup.

In 2019 in Egypt, the Lions of Chinguetti from Mauritania participated for the first time in AFCON history, this time around the west African team will be at the continental biggest football event for the second time counting.

Mauritania is ranked 103rd best team in the world but not the worse either. The underdogs as football analysts call them may just be the right team to cause upsets in Group F The Scorpions of Gambia is a debutant at the 33rd edition of the Africa Cup of Nations and will be facing off Mali, Tunisia and Mauritania 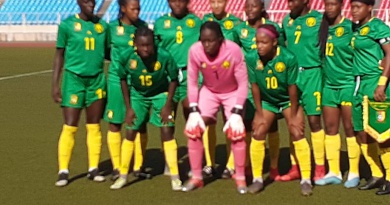