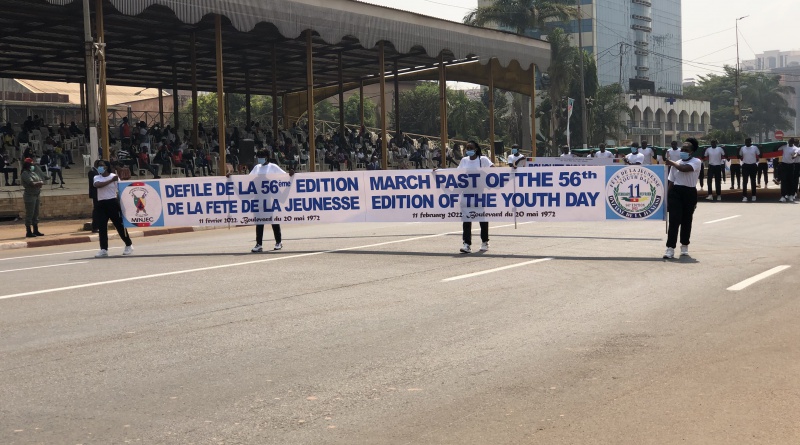 Pupils and students for the first time in three years have participated in the National Youth Day celebrations at the May 20 Boulevard in Yaoundé.

The traditional march past organised every February 11, was put on hold due to the coronavirus pandemic.

The 56th edition chaired by the Minister of Youth and Civic Education, Mounouna Foutsou was attended by other members of government and members of the diplomatic corp.

The ceremony started with the listening of the presidential address to the youths on this occasion, in both the English and French languages.

After all had had time to listen to the message of President Paul Biya to the Youths, the official march past by students and pupils showcasing patriotism through dance and messages started. The 2021 Africa Cup of Nations mascot, Mola joined a special caravan in a dance display at the May 20 Boulevard depicting the four different cultural zones of Cameroon, united in its diversity.

Then came schools of the basic education sector from the different subdivisions of Mfoundi division who joined the celebration. 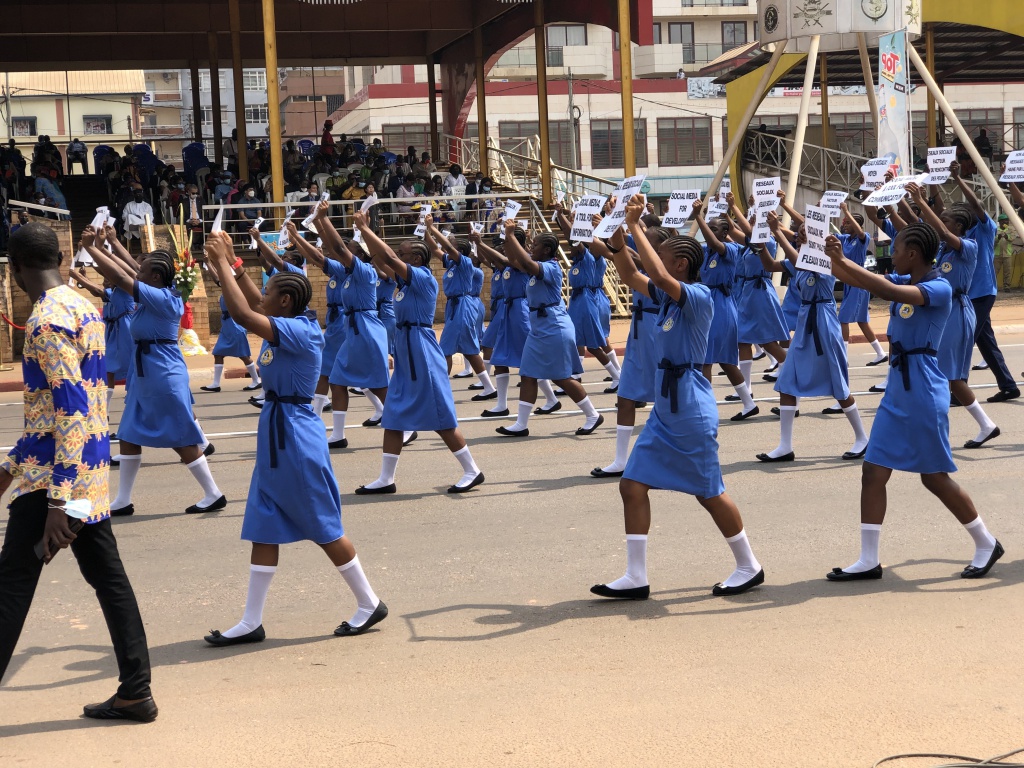 Some schools from the secondary education came marching past with strong messages advocating peace. One read, “There is no Life without peace.”

A first set of students marched with peace plants as a symbolic call for peace in the restive regions of the country.

Songs sung at the ceremony showed a strong feeling of patriotism on the part of the youths as the lyrics spoke of love of nation and fatherland. 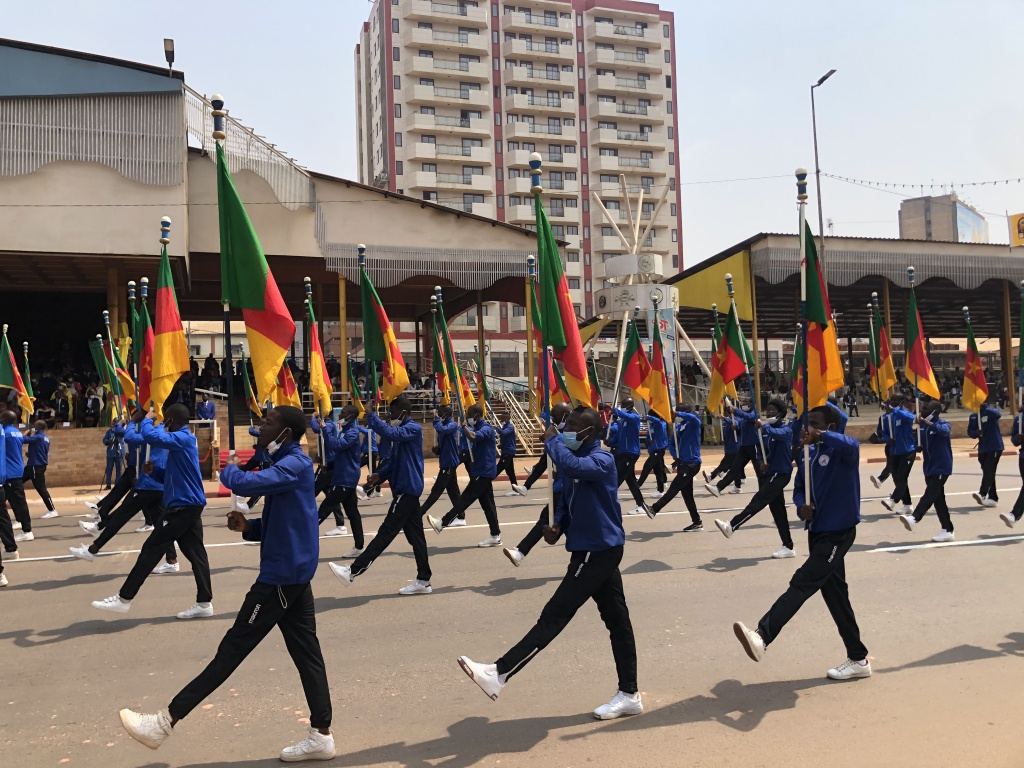 In messages, they decried drug abuse, indecent exposure of the body and other societal vices quickly picked up by the youths.

For the first time, the February 11 match past at the 20th May Boulevard in Yaoundé lasted just an hour due to restriction of the COVID-19.

Although the crowds were much reduced, the enthusiasm and engagement to the celebration was even higher on the parts of pupils and student of which it was a first experience for some. 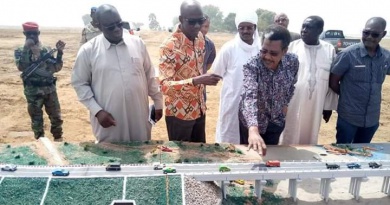